Could the Yankees re-unite with free agent Cameron Maybin? 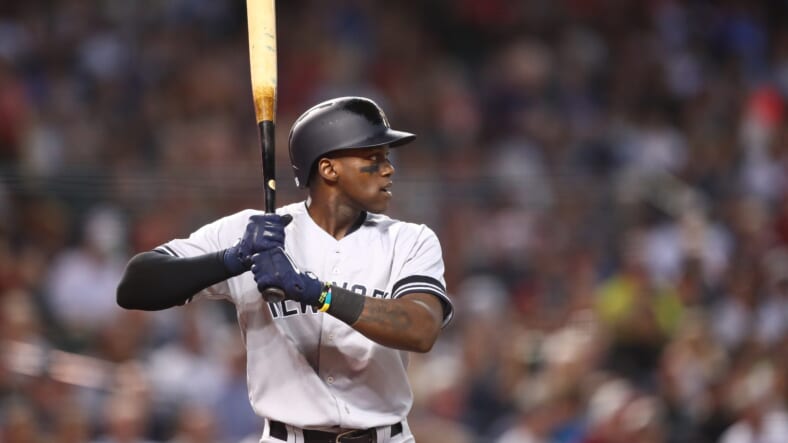 Cameron Maybin’s return to the New York Yankees should have been clear-cut, especially after Aaron Hicks was ruled out for the first half of the 2020 season with Tommy John surgery. Maybin, though, has failed to cling on with a new team, and his presence on the market might present the Yankees with a final chance to re-sign the speedy outfielder.

When GM Brian Cashman brought Maybin over from the Indians for $25,000, nobody anticipated he would have such a significant impact. He played 82-games with the bombers, hitting .285 with 11 homers.

Maybin has had a lengthy 13-year career and never had the emotional experience he did with the Yankees in 2019, stating:

â€œPut it like this,â€ Maybin said in September. â€œWhen you get signed out of high school as a young kid and you dream and you think what professional baseball is going to be like, and as you get into an organization and itâ€™s nothing like that? This is what I thought it would be like, as far as the expectations, the professionalism. This is what you think big-league baseball is going to be like when youâ€™re a youth, when you imagine one day playing in the big leagues, the environment, the atmosphere. This is what you dream about. This is what you expect. You donâ€™t get that everywhere. To have an opportunity to get that this yea is a blessing for me.â€

The experience Maybin had with the Bombers is similar for most, and his respect for the organization bled into the quality of his play. That just proves how significant a culture can be to the ultimate success of the players.

The Yankees don’t necessarily have a pressing need in the outfield, but Maybin’s return would give them a top-tier base runner and reserve option if they need it. His offensive production has been inconsistent at times, but his defense has always been reliable. His ability to move around the outfield is also a positive for the Yankees, and with the lack of trust in Clint Frazier to not treat reporters poorly, Maybin actually fits the bill quite well.

If Cashman is keen on moving another outfield, including Frazier in a trade would make more sense in this theoretical scenario.