Could the New York Yankees acquire two players from the Minnesota Twins? 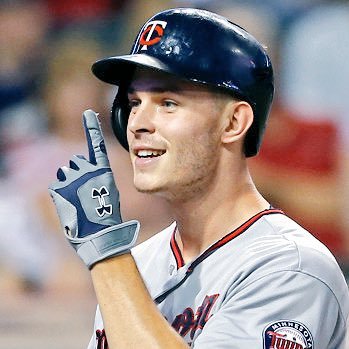 One of those trade pieces is Max Kepler. MLB Network’s JP Morosi reported this morning that the Twins have started having discussions about trading the left-handed hitting Kepler. The Yankees have checked in with the Twins in recent weeks regarding Kepler’s availability.

Now, at this time it’s not entirely clear how interested they are in Kepler. What we do now is how bad the Yankees have been from the left side of the plate this year. They are one of the worst teams in baseball when it comes to left-handed production.

Kepler would not only assist them in that area, but he would also aid them in the outfield. Not too mention the fact that Kepler has a very team-friendly deal and would be under control for the next few seasons.

While Kepler’s numbers haven’t been sensational this year, we are just two years removed from him hitting 36 home runs. The Yankees could really use him at the plate and in the outfield.

The Yankees interested in reuniting with a Twins pitcher?

It is also being widely reported that the Twins are interested in moving Michael Pineda this week. Pineda is scheduled to start this week and there are expected to be a lot of eye balls on that start.

I wouldn’t rule out the Yankees as one of those teams interested. Obviously, the Yankees are very familiar with Michael Pineda. Pineda spend four years in The Bronx and made a total of 89 starts while he was with the Yankees.

So far this year, Pineda is 4-5 and pitching to a 3.93 ERA. Pineda is set to become a free agent at the end of the year. It’s widely known that the Yankees are also looking at pitching targets this week and perhaps they would entertain reuniting with Pineda.

At this time, there’s no word on if there’s any traction there. This is purely speculation considering the needs of the team and what Minnesota has available. I would expect the Yankees to remain engaged with The Twins throughout this week and perhaps a deal could materialize.

Sound Off: Would you be interested in the Yankees acquiring both Max Kepler and Michael Pineda from the Twins?