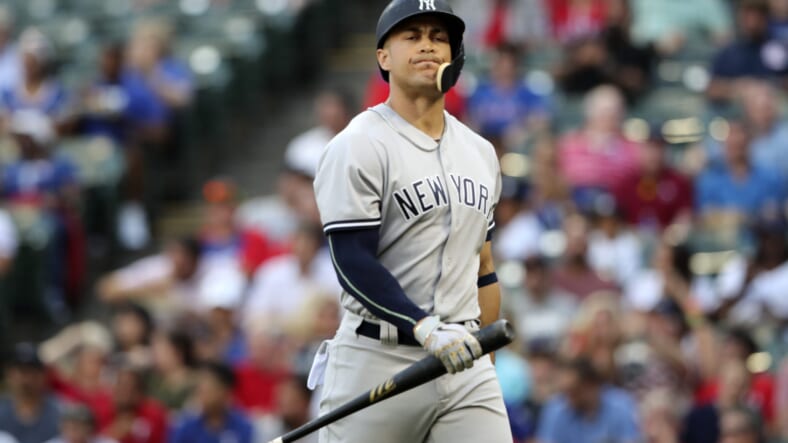 The New York Yankees and Giancarlo Stanton could part ways after 2020.

One of the most controversial players for the Yankees is outfielder Giancarlo Stanton, who has struggled to remain healthy for the past two years. After battling numerous ailments in 2019, he started off the spring with a calf-strain that forced him out for several weeks. It was unlikely he was going to start the regular season if coronavirus hadnâ€™t shut down baseball operations.

Stanton has been relatively healthy his entire career, which suggests that the Yankees training staff might be doing something wrong and causing a spike in vulnerability. After enjoying no fewer than 318 plate appearances the past ten years, he only logged 72 last season and a career-low three home runs.

Despite these dismal stats, he is one of the leagues premier hitters and offensive threats, providing plenty of value to a Yankees lineup that focuses on sluggers. The big question is, will he like to opt-out of his contract after the 2020 season?

Considering how much money he is scheduled to make, I cannot imagine that Stanton will opt-out of his contract. He is set to earn $26 million this season, and assuming the year will be stripped to only a minimal amount of games, his price tag will only increase.

The last time Giancarlo posted All-Star level numbers were in 2017 with the Miami Marlins, where he smacked a career-high 59 home runs and 132 RBIs over 692 plate appearances. His 1.007 OPS and 169+ OPS plus were both career highs, and winning the MVP award attests to that.

The Yankees were hoping to receive that quality of player from Miami, but he has been a fraction of that earning the 19th best player in the league accolade in 2018 and falling off the deep end in 2019. The Yankees ultimately need to see more from their high priced acquisition, but he holds all the leverage moving forward.