What if I told you the New York Yankees could pick up a 24-year-old outfielder with a .280 ba, on a pace to hit 25-30 home runs and one of the highest batting averages in MLB with runners in scoring position and all they would have to give up is J.A. Happ? It’s a no brainer right? Well, apparently Yankee fans are the scarecrows of MLB fandom because that’s the exact deal they are clamoring to offer other teams.

Clint Frazier is being sent down to AAA to make room for a 36-year-old DH with a bad back who has hit some homers this year and has also struck out a ton. Sweet!!! The best part is the reactions from most fans has been euphoria. They want Frazier traded for the mediocre (Marcus Stroman), the aging out of usefulness (Madison Bumgarner), the injured (Noah Syndergaard) or the pipedream (Max Scherzer).

If you’re ever feeling down and need a laugh to go to any Yankees messageboard and check out the deals people are proposing for Scherzer. ” Stanton, J.A. Happ, Frazier, and a prospect for Scherzer”. The Nationals will be all over Stanton and his huge contract that comes with annual injuries and an aging .500 pitcher in Happ. Anyway, I digress…

So let’s briefly discuss the fanbase’s big issue with Frazier…his defense. Hey, Yankee fans were you aware that Frazier is 3rd in MLB baseball with 5 outfield assists?

Were you aware he is a left fielder and has a perfect fielding percentage there this year? Or that he has made a total of 5 errors his entire career, with 3 of them in RF this year and 2 of them in one rough game? He has always been an ok defender at best, with his bat being his best tool. Finally, do Yankee fans realize that instead of Frazier we are now going to get to watch Giancarlo Stanton stumble around LF like Frankenstein? Someone start polishing the gold glove for him immediately. 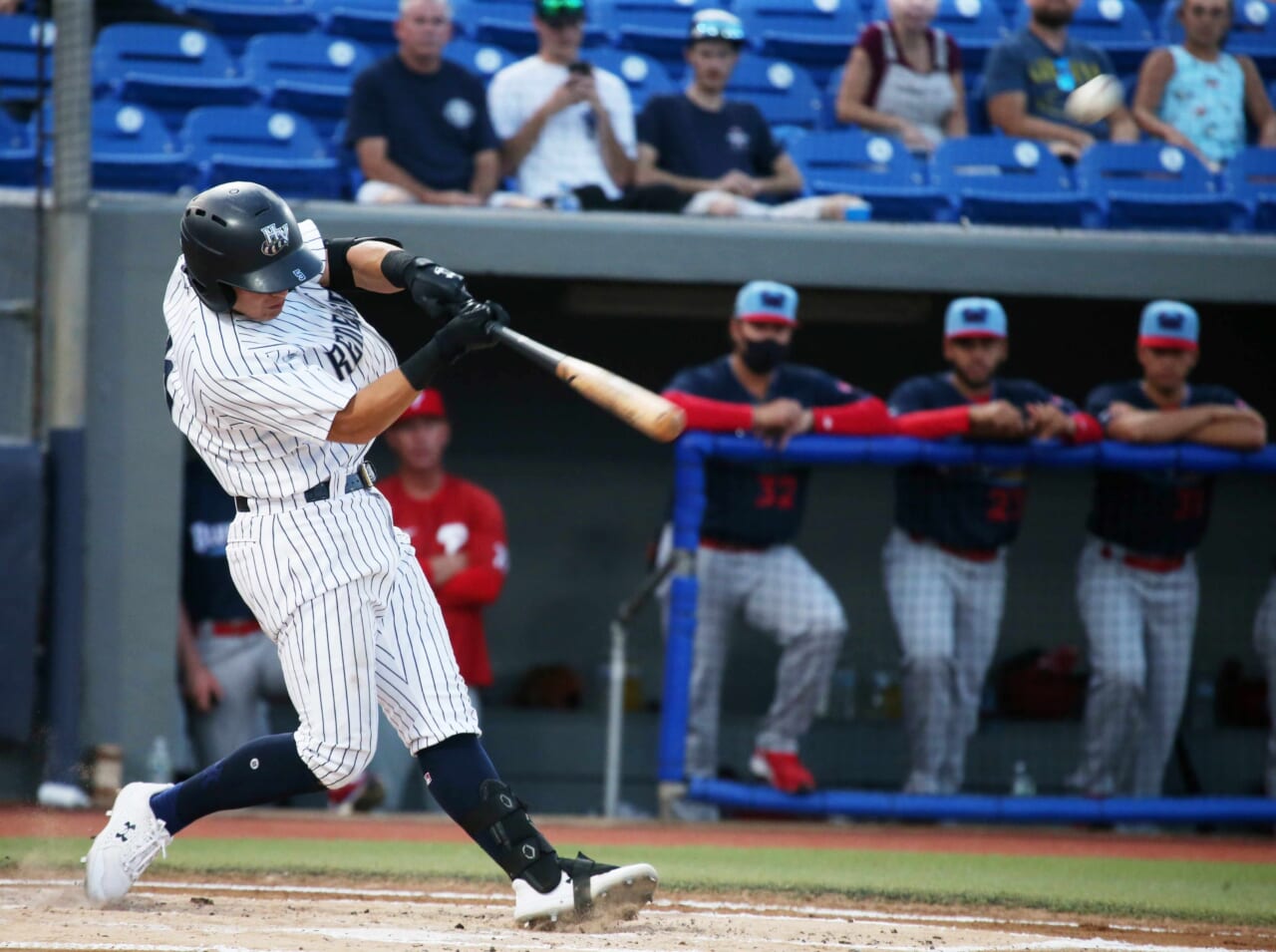 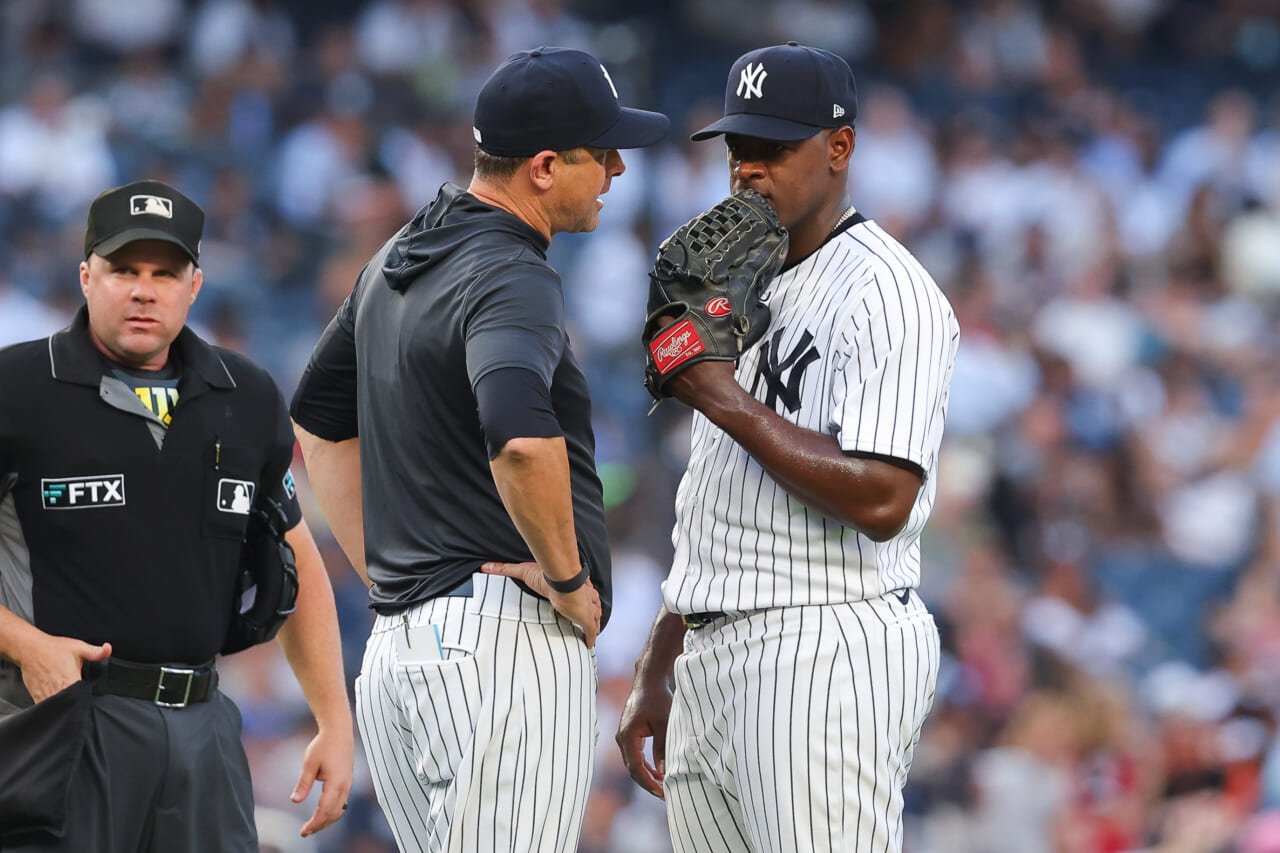 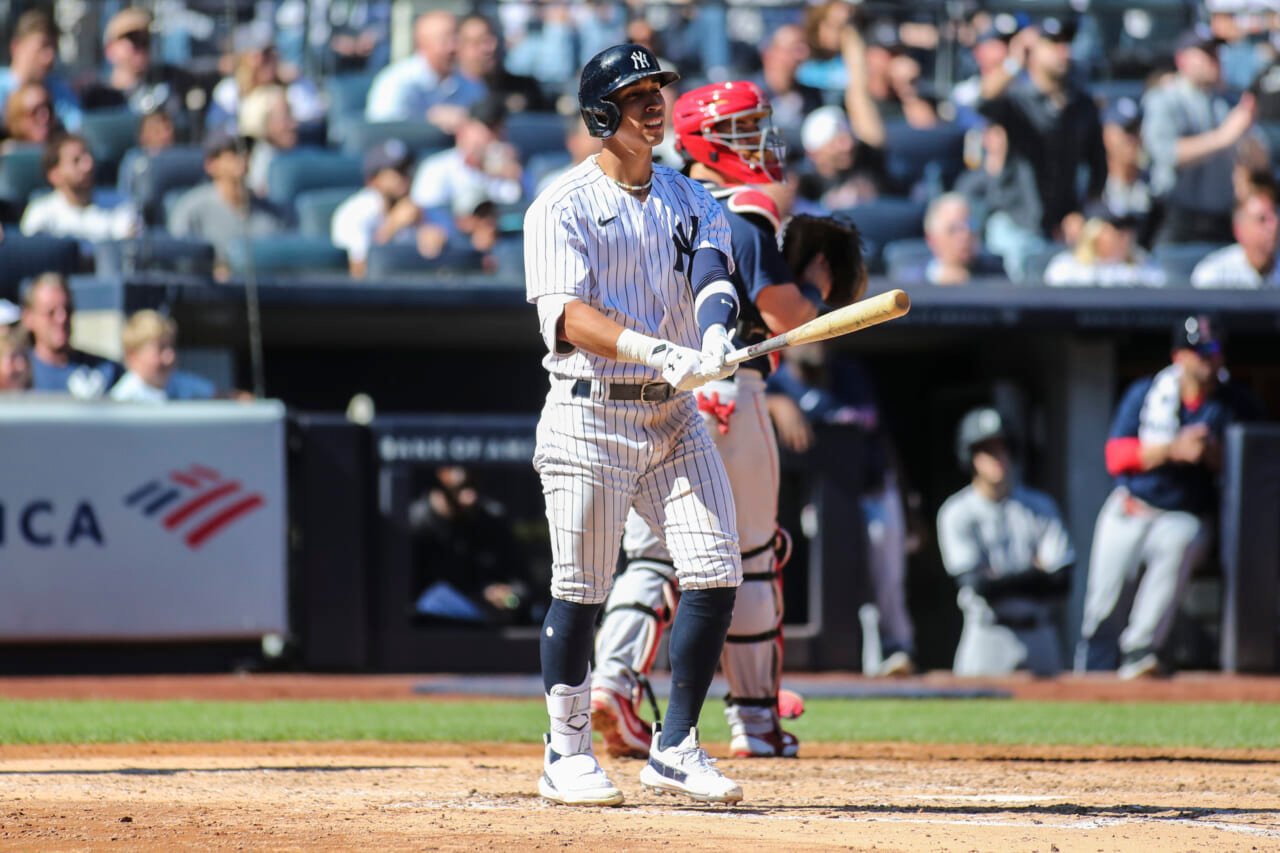 Yankees’ Oswaldo Cabrera lists multiple positions he could play in 2023

Another awesome aspect of this is that either Voit or Stanton are going to be benched and/or out of the line up more often. Also were now counting on Aaron Boone to know when to send in defensive replacements and not end up having Cameron Maybin up with 2 out and the bases loaded in Stanton’s spot. We all feel like we’re in good hands when Boone is making the calls that decide games right? Right.

The Yankees may trade Frazier for some eh starting pitcher and the masses will be happy. Every single starting outfielder for the Yankees has missed huge chunks of this season,Â  and all 3 were hurt last season. So when the next injury comes and Mike Tauchman is killing rally after rally, while Frazier puts up all-star caliber numbers for someone else I hope Yankee fans are as happy with trading him as they seem to be now.

After all, we all wanted Sanchez gone for J.T Realmuto this offseason, and signing D.J Lemahieu was such a dumb move when we could have had Manny Machado. You stay classy Yankee fans.