Can the Yankees trust trade acquisition Frankie Montas for the 2023 season? 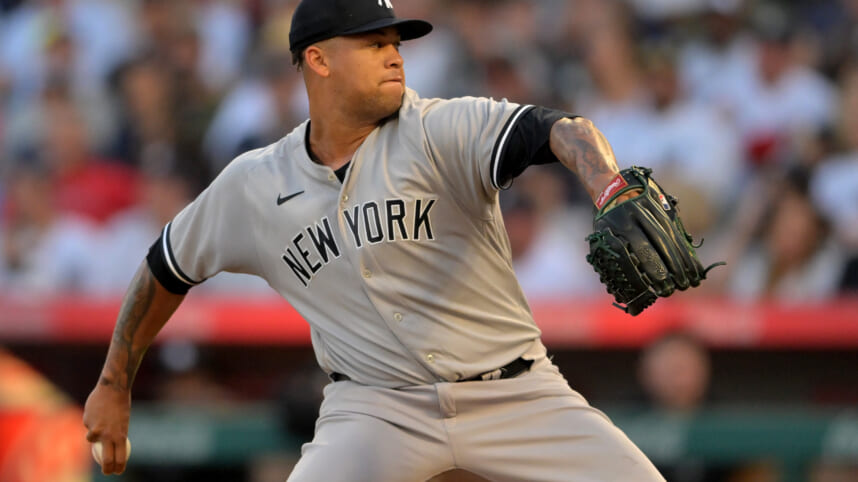 When the New York Yankees gave up prospects Ken Waldichuk, JP Sears, Luis Medina and Cooper Bowman to the Oakland Athletics in exchange for Frankie Montas and reliever Lou Trivino, the whole baseball universe praised them for one of the best, smartest moves of the deadline. They had acquired, in theory, a game-changing starter who had a 3.18 ERA in 104.2 innings at the time capable of missing bats and getting grounders.

Montas, however, wasn’t the same with the Yankees. Having seemingly recovered from a bout of shoulder inflammation in July, he had a horrible 6.35 ERA in the Bronx, in 39.2 frames. He never looked quite right and had to miss more time near the end of September with shoulder issues. He barely made it in time for the Astros series.

The burning question is: can the Yankees trust Montas to return to his former effective self in 2023? The answer, unfortunately, will be tied to his health.

If Montas made the American League Championship Series roster (and pitched), it’s because the Yankees believe he is 100 percent healthy or something close to it. If that’s the case, he will have a full offseason to rest, rehab, and strengthen the area, and should be able to return to form and be the low-3.00s ERA we know he can be.

All signs point at Montas being good to go with a full offseason to rest his shoulder. After all, he has a solid 3.90 ERA for his career and is usually between the high-2.00s and the low-3.00s when he is at his best. If he is healthy, the Yankees should be able to trust him to have a great season in 2023, and they clearly need him in top form to achieve their objectives.