Can The New York Yankees Trust Luis Severino As Their Ace In 2019? 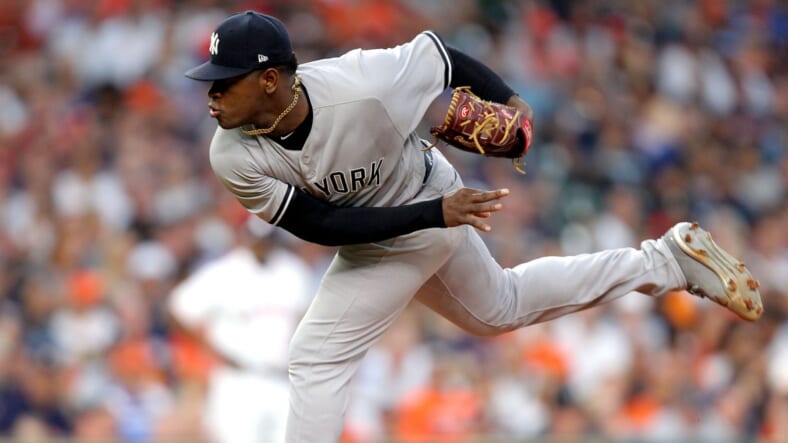 The New York Yankees re-signed starting pitcher J.A. Happ to be their ace in 2019, but Luis Severino could bounce back in a big way after a lackluster second-half to the 2018 season.

Severino finished the year with a 3.39 ERA, allowing 19 home runs and striking out 46 batters. The first half of the season for the Yankees youth product was fantastic, but he fell off after the All-Star break. Reports have indicated that the Yankees were “absolutely convinced” Severino was tipping his pitches.

How did they know?

In game 3 of the ALDS, Luis started the game, allowing six runs and seven hits in 3-plus innings. The cameras caught Red Sox players predicting his pitches regularly.

.@LouMerloni just nailed it. Red Sox had a beat on what was coming as early as the second inning. JBJ says "Fastball…" to Mookie before an 0-2 pitch to Holt, Severino pumps in 98 MPH fastball that Holt fouls away. pic.twitter.com/wLGR5dVDys

This is purely a fundamental lapse – something that Severino can correct for the future.

Before the All-Star break, he earned an ERA of 2.31 and went 14-2. After, he went 5-6 with a 5.57 ERA. Those number differentials are significant, and it has to indicate a consistent mistake that teams began to notice. I would expect the Yankees to work on hiding hid pitches a bit better and changing his pre-pitch action.

You could raise the argument of a potential injury affecting his velocity, but FanGraphs proves otherwise. On opening day, Severino threw his fastball 97.9 mph, and in his final regular-season start he threw 97.3 mph. This would prove that he was healthy and not fighting through a hidden ailment.

It seems as if the Yankees simply didn’t catch the trend of Sevy tipping his pitches, which is unacceptable. They need to be more aware of his tendencies and provide him with the support he needs to operate at a premier level.

Moving forward, I expect the pitching coaches to focus on hiding his pitches and extracting the most value form Severino. It’s very possible he returns next season in full-form and has a more consistent season.