Can the New York Yankees trust Giancarlo Stanton to remain healthy in 2020? 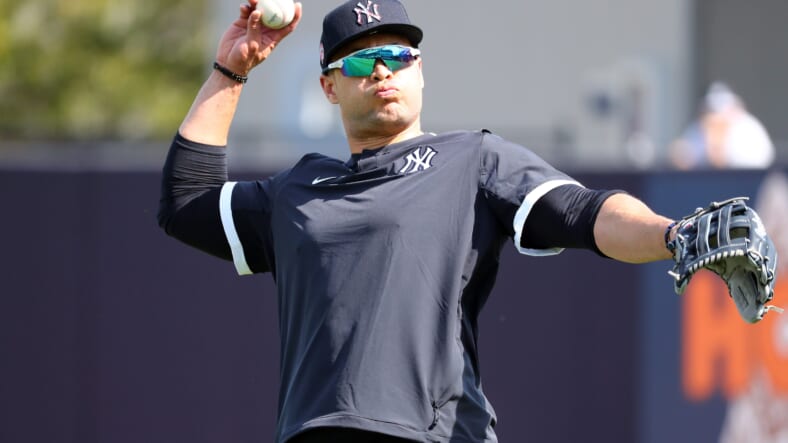 Why has New York Yankees‘ slugger Giancarlo Stanton been getting injured so much?

One significant concern the Yankees are facing is the overall health of Giancarlo Stanton, who was acquired in a trade with the Miami Marlins two years ago.

If the regular season were to start today, Stanton would be healthy and ready to go after suffering a mild calf strain that kept him out for several weeks earlier this year. Heâ€™s not the only player that suffered preseason injuries though, as Aaron judge, James Paxton, and Luis Severino were all facing issues.

Some are worse than others, like Severino who underwent Tommy John surgery and will miss all of the 2020 campaigns if there even is one. Paxton had a cyst removed from his lower back, and Aaron judge was diagnosed with a stress fracture in a rib that he suffered last September.

The unfortunate trend of injuries for the Yankees has not slowed down, but the most interesting part is that Stanton had rarely been injured before coming to New York. It is possible that the Yankees training staff forced him to change his workout habits and focus more on power, opening up the door for soft tissue injuries.

â€œGiancarloâ€™s doing well,â€Â Boone said.Â â€œHeâ€™s still reporting in Tampa and going through his rehab. Heâ€™s doing really well. When we get ready to go, he should certainly be ready to be back and part of things.â€

The calf injury is a reoccurring one from last season, as he also had issues with his shoulder, lat, and more.

Overall, Stanton has struggled to live up to his potential so far, and injuries have undoubtedly played a part in that. The Yankees made a significant change and overhauled their strength and conditioning program this off-season. The injuries seem to be stemming from the previous regimen, which indicates that better days might be ahead.