Can anyone overcome the Yankees for the AL Pennant in 2020? 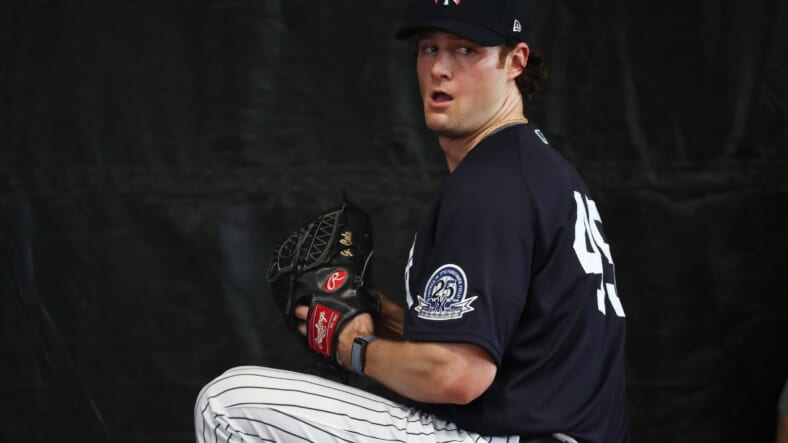 2019 saw the New York Yankees and the Astros face off in the ALCS for the AL Pennant, which came down to a walk-off home run from Jose Altuve in game 6, which in itsâ€™ own regard, is still questioned about itsâ€™ legitimacy. I think it is fair to think these 2 teams could potentially end up in the ALCS again this year. The Yankees have to be the favorite for the AL Pennant based on their off-season acquisition of Gerrit Cole, arguably the best pitcher in baseball, at worst in the top 3. That big-time move is combined with their already #1 offense in baseball, scoring the most runs per game in 2019 at 5.77 (according to teamrankings.com) and second-most in 2018 at 5.22. Their pitching addition adds to a rotation already with the likes of Masahiro Tanaka, Luis Severino and James Paxton. In addition, they have one of the top bullpens with Aroldis Chapman, Tommy Kahnle, Zack Britton, Adam Ottavino and Chad Green.

The American League East competition lies in the Rays, who lost to the Astros in the 2019 ALDS, and the Red Sox, who just traded away 2 of their starters. The American League Central has the Twins who bolstered their already prolific lineup and added pitching and the White Sox who had the busiest off-season. Then, of course, the West has the Astros and the Angels who added Anthony Rendon to form a truly dynamic duo with Mike Trout. While this is going to be stiff competition, the Yankees were 2 games and a few breaks away from going to the World Series last year, and there is no reason why they shouldnâ€™t be able to again be a contender.

The Yankees are literally chomping at the bit to get the season started in 2020, and to say they have added motivation might be an understatement. After the whole Astros cheating scandal played itself out throughout the off-season, many Yankees fans (and players) believe they were cheated, quite literally, out of a title shot in 2017, 2018, and potentially 2019. I have no doubt they will be motivated to run through the league and prove they belong in the World Series where they should have been in recent years. 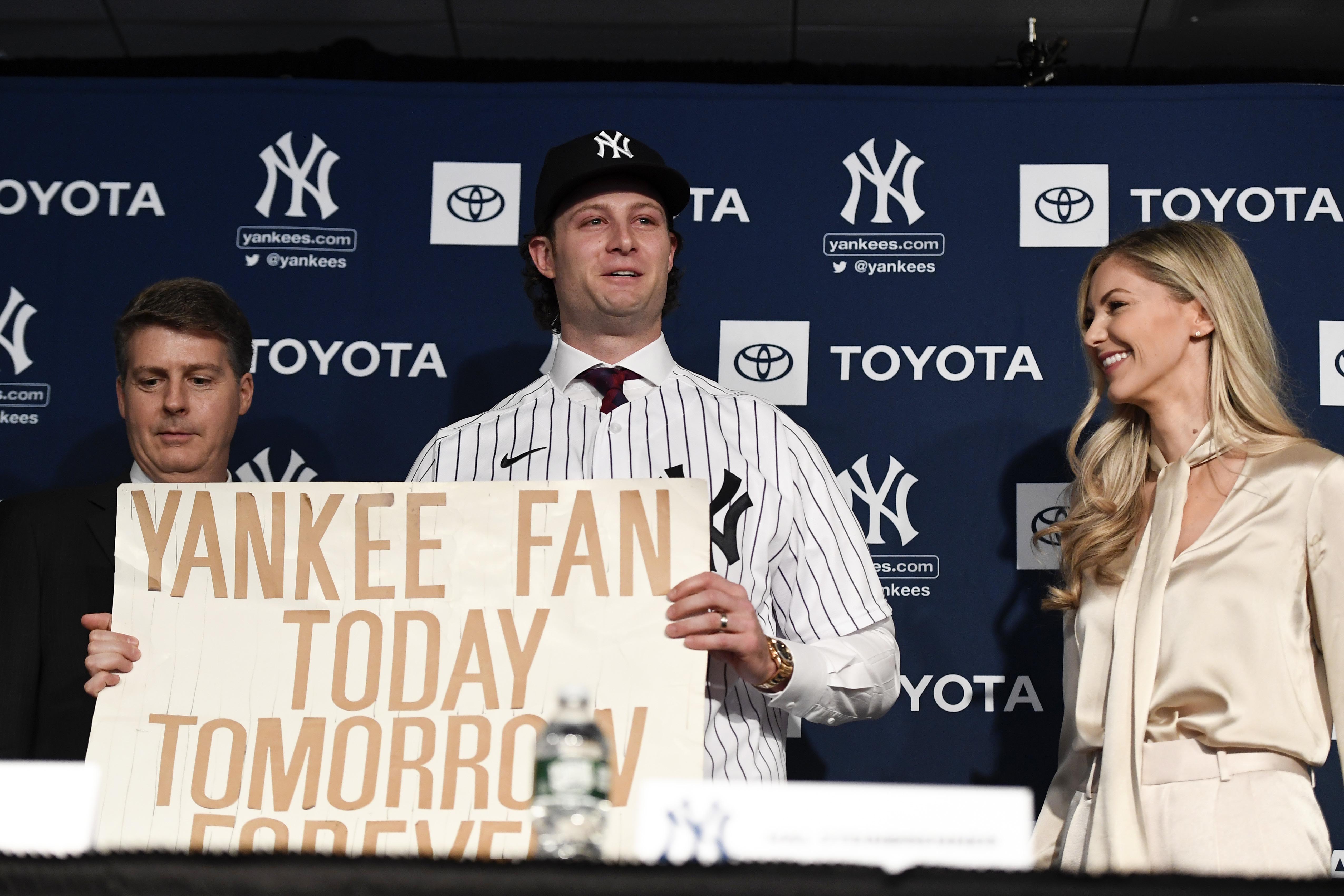 Dec 18, 2019; Bronx, NY, USA; New York Yankees pitcher Gerrit Cole, center, holds the sign he was photographed holding at the 2001 World Series as a kid as he poses for photos with Hal Steinbrenner, left, and his wife Amy during a press conference at Legends Club at Yankee Stadium. Mandatory Credit: Danielle Parhizkaran-USA TODAY Sports

â€œIâ€™ve been champing at the bit quite a bit this off-seasonâ€¦ I love it, itâ€™s a dream to go out there every day and try to win every single timeâ€ This is a guy who is ready to lay it all on the line, and win a championship for the team he grew up rooting for as a kid.

When Gary Sanchez was asked his opinion of Jose Altuve not wanting his shirt ripped off he said, â€œI can tell you that if I hit a homer and I get my team to the World Series, they can rip off my pantsâ€¦ Everything. They can rip everything off. If I get my team to the World Series, hitting a walk-off homer like that, they can rip anything off.â€ Again, this sounds like a guy who wants to get it done this year, and all of them have to feel this way after the scandal came out.

The Yankees are returning nearly an identical roster to the one they fielded in the 2019 ALCS, and their depth is one of the best in baseball, their roster is the star-studded top to bottom. To say World Series or bust might be a stretch, but for a team that has that goal nearly every year amidst their history maybe itâ€™s not so far-fetched. The team seems to have a different air about them this year. It almost feels like a redemption tour for the Yankees, and one of those seasons we see them tear through the league as we have become accustomed to for so many years.

If it does end up that the Astros and Yankees face off once again in the 2020 ALCS, that would assume that the Astros know how to play baseball without cheating. This is a radically different scenario for the Astros compared to 2019 and previous seasons. There will be one incredible pitcher in a different dugout when the 2020 regular season begins, and Gerrit Cole could make all the difference being in a Yankees uniform in 2020.