New York Yankees April Schedule- Breaking Down Who Lies Ahead 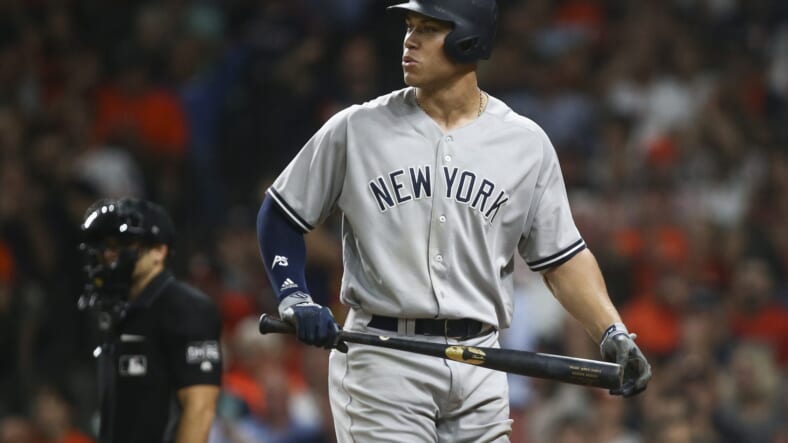 The New York Yankees overall have a pretty easy schedule to start 2019, playing the majority of their games at home against rather poor teams. That’s good for the team so they can get rust off and overcome their injuries. Let’s take a look at their schedule through May 1st.

After a 7-2 opening day win, the Yankees take on the Orioles for two more games, as the Yankees are looking to stack-up wins early. Baltimore is in a rebuilding stage, and will likely perform very poorly like last season, where they went 47-115. These are games they need to win.

The Yankees then stay at home for three more games to take on the Detroit Tigers. The Tigers are nowhere near as bad as the Orioles, but are still in a rebuilding phase. The Tigers didn’t make a huge splash in the offseason, but they did sign Josh Harrison. Miguel Cabrera has returned from injury and can provide some power along with Nick Castellanos. Again, three games they must win.

The Yankees then hit the road for the first time to take on the Orioles again, this time in their home opener. Another three games that the Yankees can’t afford to lose.

After they visit Baltimore, the Yankees head down south to face the 2017 World Champions and 2018 AL runner-up Houston Astros. The Astros presumably lost Dallas Keuchel (still not signed) and lost Charlie Morton to Tampa Bay, but signed Michael Brantley and Robinson Chirinos. This could possibly be a playoff matchup come October. Last season, the Yankees won the season series 5-2 and hope to do the same in 2019.

The Yankees then head back home to take on the Chicago White Sox. These again are games they can’t lose. The White Sox signed Yonder Alonso, a relative of Manny Machado in an attempt to draw in the star shortstop, but it don’t work out too well. Alonso was really their only significant signing, and they are led by first base slugger Jose Abreu. They were 62-100 last year, and are looking to rebuild as well.

Now it gets fun. The Yankees then take on our favorite team, the Boston Red Sox. The Red Sox didn’t do much this past offseason, re-signing Nathan Eovaldi while losing Joe Kelly and Craig Kimbrel, giving them one of the worst bullpens this year. Everyone on that team overachieved last year, so they should come back down to earth this year, right?

The Yankees then host the Royals for four more must win games. The Royals are continuing to rebuild and are at about the same part of their rebuild as the Tigers. They signed speedy outfielder Billy Hamilton, but stayed pretty quiet otherwise. The team had just 58 wins last season.

The Yankees head out west for the first time to take on the Angels, who are looking to finally make it back to the playoffs. Not only did they lock up Mike Trout for 12 years, they signed a solid catcher in Jonathan Lucroy, dominant reliever Cody Allen, and slugger Justin Bour. The Angels have enough to make it in, but not to win the AL West. It may come down to them and the Rays for a wildcard spot.

The Yankees start interleague play on the road against the Giants. The Giants had a pretty quiet offseason and they are one of those teams who will be decent this year, say .500, but not good enough for the postseason. These are a few games the Yankees would like to have.

The Yankees then continue interleague play by playing the Arizona Diamondbacks. They lost Paul Goldschmidt in a trade to the Cardinals, and lost Steven Souza Jr. for the season due to an injury just a few days ago. They did get Adam Jones and Wilmer Flores, but won’t have enough to compete for a playoff spot.

My guess at the Yankees record through May 1st: 23-7