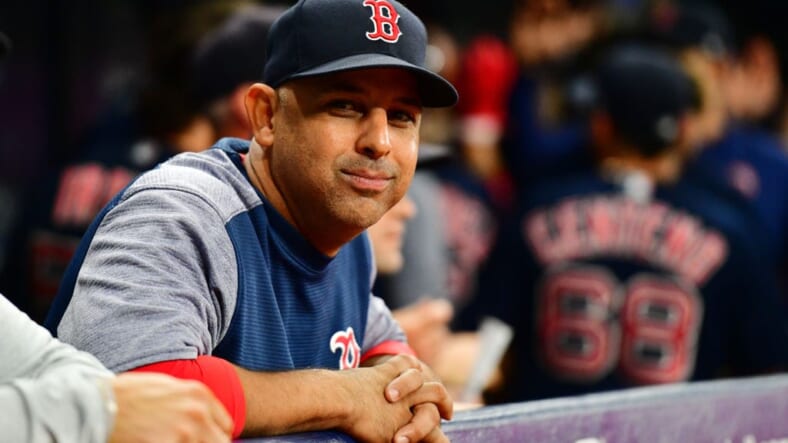 Amid the Manfred report on the cheating of the Houston Astros and subsequent punishments issued by the MLB, the nine-page report showed the involvement of Alex Cora but did not issue any sanctions against him due to the Red Sox investigation was still ongoing.Â  The report mentioned Cora 11 times, describing him as a critical person in the planning and execution of the cheating scheme. The Red Sox organization last evening fired Alex Cora as the Red Sox Manager.

“Given the findings and the commissioner’s ruling, we collectively decided that it would not be possible for Alex to effectively lead the club going forward and we mutually agreed to part ways,” the team said in a statement attributed to CoraÂ  “We agreed today that parting ways was the best thing for the organization,” Cora said in a statement released by the Red Sox. “I do not want to be a distraction to the Red Sox as they move forward. “attributed to owner John Henry, chairman Tom Werner, CEO Sam Kennedy, and Cora.

Alex Cora guided the team to a franchise-record 108 regular-season victories in 2018 and its fourth World Series title in 15 years. The Red Sox beat a pair of 100-win teams in the Yankees and Astros in the AL playoffs, then defeated the Los Angeles Dodgers in a five-game World Series to make Cora the first Puerto Rican manager to win a championship and the fifth manager to guide a team to a title in his first season.Â  That win is now in question as the MLB continues to investigate.Â Â Â  Regardless of the final findings of Commissioner Manfred, Alex Cora is gone as Red Sox Manager.

John Henry also said, “This is a sad day for us,” Henry, Werner, and Kennedy said in a statement. “Alex is a special person and a beloved member of the Red Sox. We are grateful for his impact on our franchise. We will miss his passion, his energy, and his significant contributions to the communities of New England and Puerto Rico.”Â  The fall out from electric sign-stealing shows the MLB’s commitment to not allowing electronic involvement in sign-stealing and breaking MLB rules.

On Monday, Jim Crane owner of the Houston Astros fired Astros Manager A.J. Hinch and General Manager Jeff Luhnow after Manfreds nine-page report on the Astros sign-stealing accusations.Â  In the report, Cora was mentioned for his prime involvement in the directing of placing a center field camera that could relate catchers signs to a monitor just outside the Astros dugout;Â  The present investigation that is ongoing into whether the Red Sox used electronic methods of sign stealing in their win of the 2018 World Series may still have consequences for the Red Sox organization.