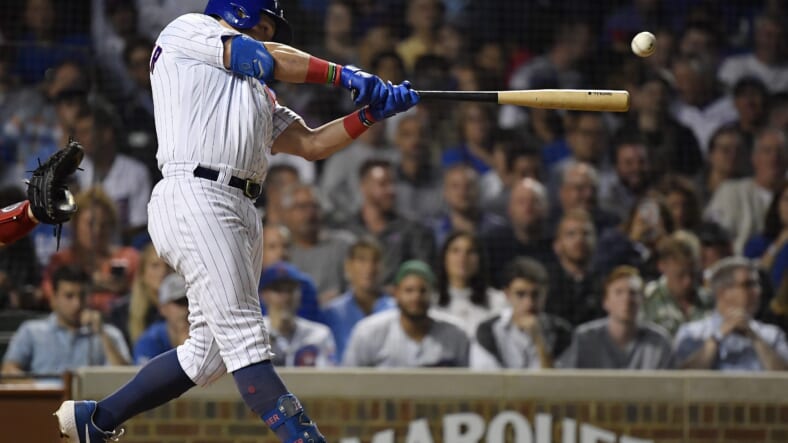 It is being widely reported that Brian Cashman is engaged on a number of fronts. However, the Yankees seem to be maintaining that they will not deal the best prospects in their system at the deadline this year.

So forget your dreams of the Yankees potentially acquiring a Trea Turner. Instead, a lot of rental options are in play. Trevor Story has been linked to the Yankees for weeks and Jon Heyman reported that Cashman has made an offer to the Rockies.

Now, that offer was said to be weak and uninteresting to Colorado. However, it shows that Cashman is interested. There’s also been talks of Starling Marte, Max Kepler, and Joey Gallo.

Gallo and Kepler appear less likely to me at the moment because of the prospect premium that it would cost the Yankees. However, there’s a new name that’s generating interest on the market and it’s a name that Brian Cashman knows well.

Will the Yankees finally get their guy?

The Washington Nationals are in full sell-mode at the moment. It’s been reported that nobody outside of Juan Soto is untouchable for the Nats. Max Scherzer is expected to be dealt as soon as today.

Trea Turner could be on the block and despite nursing a hamstring injury, Kyle Schwarber is generating trade interest. Schwarber so far this season is hitting .253 with an OBP of .340. Not too mention the fact that he’s slugged 25 home runs and drove in 53 runs.

Schwarber swings it from the left-side which has been a monumental weakness for the Yankees. If the Yankees were to go out and acquire Schwarber, he would instantly be the team leader in both home runs and RBIs.

Schwarber is signed through this season with a mutual option and a buy-out after this season. Brian Cashman has always loved Kyle Schwarber. When the Yankees traded Aroldis Chapman to the Cubs in 2016, Schwarber was the guy they wanted.

However, they settled for Gleyber Torres in the end. Over the years, the Yankees have tried on numerous occasions to get Schwarber and it never worked out. Perhaps, this year could be the year.

Again, because of the injury, the interest is not known, but I guarantee the Yankees are interested. Schwarber could play in the outfield and he would give them the help they need from the left side of the plate. This is a name I would definitely watch between now and the deadline.