3 starting pitchers the Yankees could pursue when free agency 2.0 starts 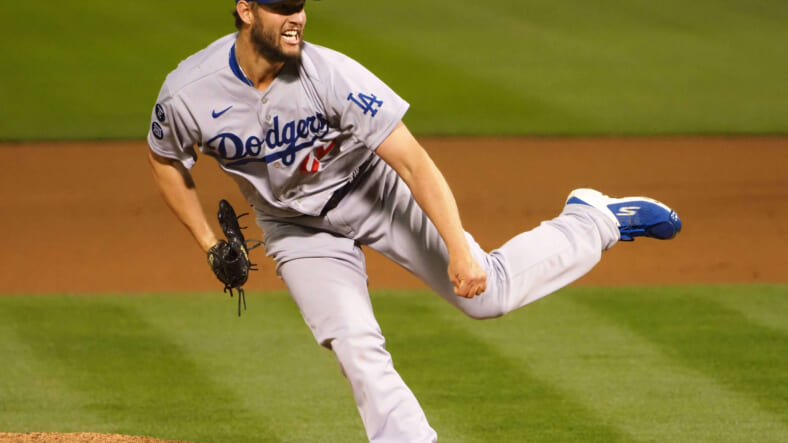 Before the lockout commenced, the New York Yankees had a one-year, $25 million deal on the table for Justin Verlander of the Houston Astros. Verlander elected to stay with his present team on a two-year, $50 million deal, which includes a player option for the second season.

Clearly, the Yankees understand they need to find another quality starter to pair with Gerrit Cole, given his inconsistencies toward the end of the season in 2021. They hoped Verlander would offer them that quality, and after missing on the majority of talented players during the earlier portions of free agency, they will have to dabble in the secondary market when the lockout finally ends.

Three pitchers the Yankees should consider when free-agency opens back up:

One of the top starters on the market is Carlos Rodon, who had his best season to date in 2021. Starting 24 games for the Chicago White Sox, Rodon posted a 2.37 ERA, 12.55 strikeouts per nine, and an 82.2% left on base percentage. He collected 13 wins over 132.2 innings, seeing his velocity and spin rate increase significantly. Notably, he used his fastball on 58.7% of his pitches, the highest of his career. His secondary pitches are a slider and changeup, slowly inching away from using his sinker, which he factored in earlier on in his career.

If the Yankees are able to sign Rodon on a shorter-term contract, it might be a good move with high upside. Considering he has just one proven year of fantastic play, committing for more than two years would be overly optimistic. A two-year deal with a third-year team option might suffice.

Clayton Kershaw has dealt with his fair share of injuries in the past but has also pitched in over 100 innings in every one of his 14 MLB seasons, aside from the abbreviated Covid campaign in 2020.

This past year with Los Angeles, Kershaw posted a 3.55 ERA with 10.65 strikeouts per nine and a 71.7% left on base percentage. As a lefty pitcher, the Yankees would love to have more diversity in their starting rotation, but he has seen a significant drop-off in velocity, relying more on his slider in recent years.

Kershawâ€™s fastball was used on just 36.8% of his pitches, hovering around 90.7 mph. His slider saw a 47.5% usage, the highest of his career. He also incorporated his curveball in a fair amount at 15.1%. Kershaw would likely cost a pretty penny, but the expectation is that he stays with the Dodgers, given his lengthy tenure there. However, if he becomes available, the Yankees will undoubtedly have their name in the hat, considering the lack of options on the market.

If the Yankees want to take a bigger risk, 38-year-old Zack Greinke also presents a historically solid pitcher. This past season with Houston, he earned a 4.16 ERA, winning 11 games and posting a 6.32 strikeout per night rate. Greinke isnâ€™t known for his strikeout abilities but has an awesome sequence of pitches at his disposal.

Greinke contains a fastball, sinker, changeup, slider, and curve ball, using all of them a fair amount. His fastball has experienced a dramatic drop-off in speed, hovering around 89 mph in 2021. However, given his spin rate and great pitch movement, he could be a decent option for one or two years at the back end of his career. He might not be the number two he used to be, but it seems he still has a bit of juice left in his arm.