Rangers begin to finalize roster, still some decisions to be made 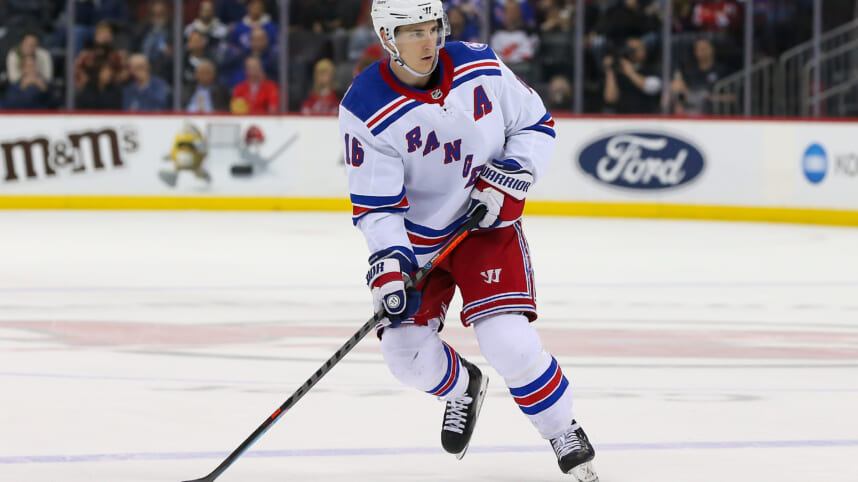 The New York Rangers began the process of finalizing their roster and must have their final lineup set by 5 pm Monday.

With their NHL schedule about to begin on Tuesday, the New York Rangers are taking steps to finalize their roster.

The team placed forward Julien Gauthier and defenseman Jeff Tinordi on waivers on Sunday afternoon. If the two should clear, they would be assigned to the AHL Hartford Wolf Pack.

The team has to submit their final roster o the NHL by 5 p.m. Monday. Currently, the team has 24 players and will need to cut at least one more player to reach the 23-man roster.

Sammy Blais suffered an upper-body injury during Saturday night’s loss to the Islanders. His status could dictate how many players the Rangers decide to keep, along with a tight salary cap situation.

The club signed forward Jimmy Vesey to a one-year, $750,000 contract on Sunday.

Vesey, 29, played in five preseason games for the Rangers while attending Training Camp on a Professional Tryout (PTO). He registered one goal and two assists for three points, tied for the third most on the Blueshirts in the exhibition season.

The Nashville Predators originally drafted Vesey in the third round, 66th overall, of the 2012 NHL Draft. He then signed with the Blueshirts as a free agent on August 19, 2016.