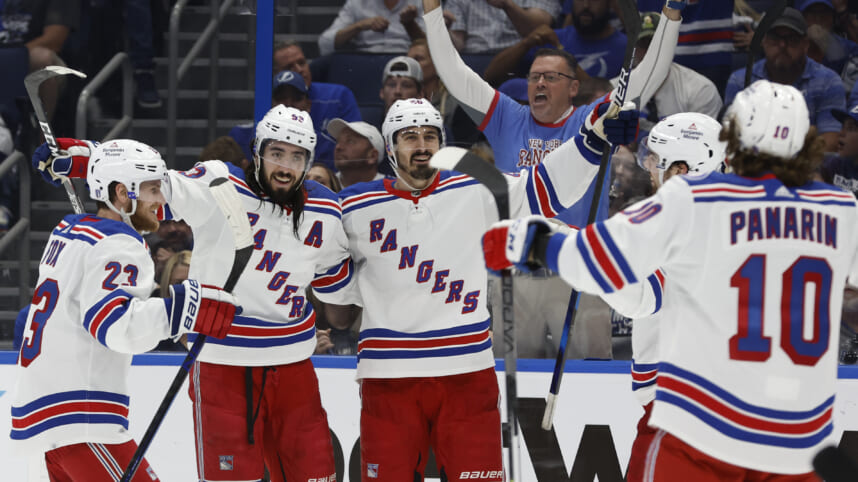 Welcome back to the jungle Rangerstown. The New York Rangers will begin their 96th season on Tuesday night when they host the Tampa Bay Lightning in a rematch of last year’s Eastern Conference Final.

The New York Rangers are ready to embark on another journey, one which they hope will end with a Stanley Cup Championship.

The Blueshirts will roll out the Blue Carpet on Tuesday afternoon as fans welcome back this year’s team. The game will begin at 7:30 pm and can be seen nationally on ESPN.

The Rangers added a few new faces in the offseason, including forwards Ryan Carpenter and Vincent Trocheck, as well as goaltender Jaroslav Halak.

-Trocheck skated in 81 games for the Carolina Hurricanes in 2021-22, registering 21 goals and 30 assists for 51 points and a career-high plus-21 rating. Trocheck ranked third on the Hurricanes with a career-high 185 hits, tied for fourth in points and fifth in goals. He was one of four players in the NHL last season with 50 or more points and 180 or more hits (Trocheck, Tom Wilson, Brady Tkachuk, Andrei Svechnikov). Among NHL skaters with 1,200 or more faceoffs taken, he ranked 13th in the league with a 54.6 faceoff percentage. In addition, the Pittsburgh, Pennsylvania native led all Carolina forwards in blocked shots (46) and ranked second among forwards in ice time per game (17:52) and takeaways (50).

-New York will open a season at home for the 30th time in team history and the first time since the 2020-21 season. When opening a season at home, the Blueshirts all-time are 12-12-5-0 for 29 points. In those games, the Rangers have outscored their opponents 95-88.

– The Rangers have a 39-39-14-3 record all-time in home openers, including an overtime defeat to the Dallas Stars in last season’s home opener on Oct. 14.

-Last season, the Rangers went 27-10-4 for 58 points at home. In the NHL, they ranked tied for seventh in home wins and home points.

-New York’s 27 home wins ranked tied for fourth all-time in franchise history and were their most since the 2015-16 season (also 27 wins).

-Chris Kreider led the Rangers with 28 home goals, tied for the second most in the NHL behind Auston Matthews (32) and tied with Kirill Kaprizov. His 28 goals at home were tied for the most by a Ranger in a single season:

-Artemi Panarin needs 1 point to reach 250 in his career.