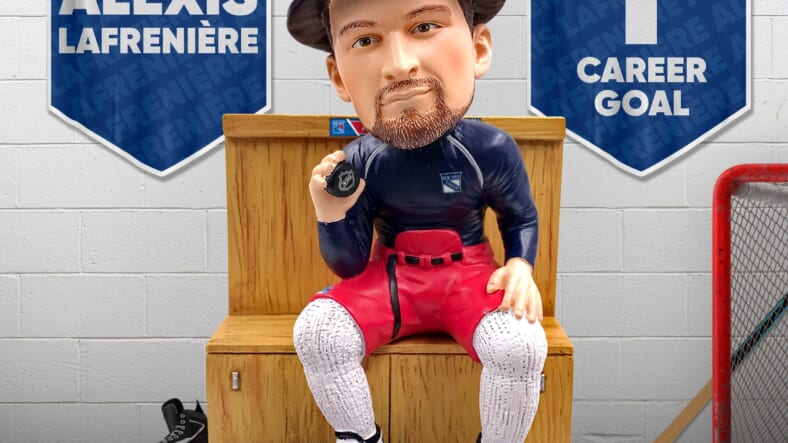 New York Rangers rookie Alexis Lafreniere celebrated many firsts during the 2021 NHL season which of course included his first NHL goal scored in the team’s 3-2 overtime win against the Buffalo Sabres on Jan. 28.

Foco is releasing a bobblehead to celebrate that historic day with a piece that will look great in any Rangers or NHL fans collection.

A Bobblehead that includes the Broadway Hat

The bobblehead is full of details that will remind fans of the goal that ignited the career of the number one overall pick in the 202 NHL Draft.

The bobblehead will be sold for $50.

The 19-year-old played in all 56 games for the Blueshirts this season scoring 12 goals along with nine assists for 21 points. His confidence began to grow at the mid-point of this season. Lafreniere netted eight goals with 13 points in his final 27 games.

This overtime winner will be a lifelong memory for everyone who purchases this bobblehead.

It can be pre-ordered by clicking this link.