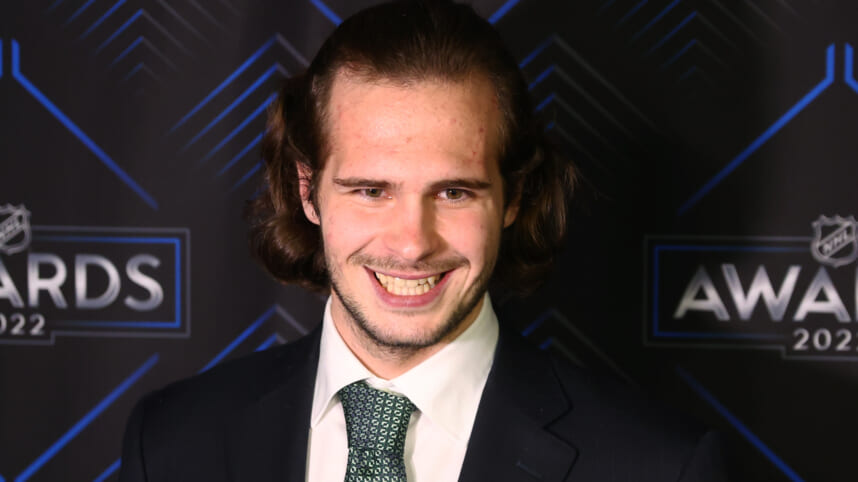 Foco announced on Monday that they are releasing an Igor Shesterkin Bobblehead. The New York Rangers goaltender won the Vezina Trophy this past season as the league’s top goalie.

The bobble features Igor in an action pose positioned atop a thematic trophy base. His name is displayed in front and his award sits behind him. It’s going to be limited to 322 pieces, standing roughly at 8 inches tall.

There will be a limit of 322 bobbleheads made with a retail price of $80.

Igor Shesterkin was named the winner of the Vezina Trophy on Tuesday night.  The New York Rangers goaltender won the trophy following an incredible 2021-2022 season where he led the league in goals-against average (2.07) and save percentage (9.35). His 36 wins were sixth in the NHL. Shesterkin won the award in his first season playing 50 or more games. He is the 16th goaltender to win the Vezina Trophy in their first season playing 50-plus games and the first since Tuukka Rask (2013-14 – 58 GP).

You can click the following link to purcahse the bobblehead;