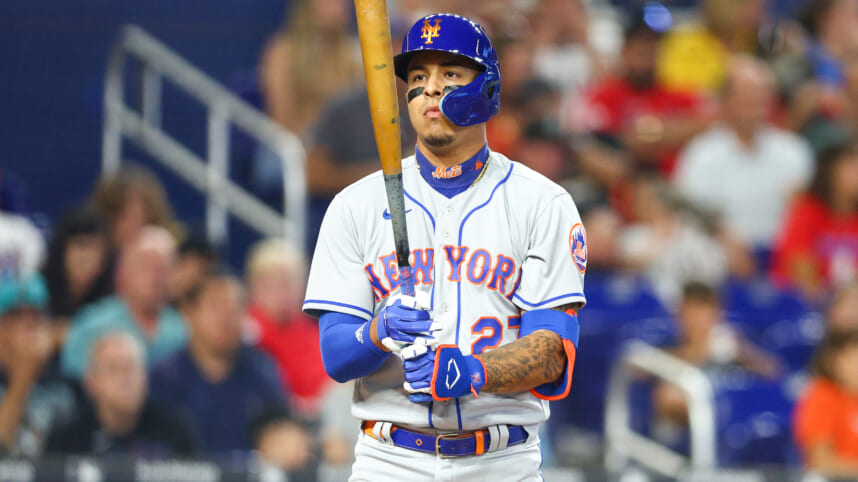 Eight games are left to play, and the New York Mets have a one-game division lead. With everything at stake, the Mets have one lineup decision that should be clear. Mark Vientos should be in the order over Darin Ruf.

The Mets are home the next two days for a quick series with the Miami Marlins. In tomorrow’s matchup, the Marlins are set to have left-hander Jesus Luzardo start leading to a right-handed designated hitter in the Mets lineup. At this crucial point in time, the call to go with Vientos over Ruf against lefties should be an easy one.

Along with going up against left-handed pitching, when the Mets opt to go with a pinch hitter deep into a game, from here on out, it should be Vientos getting the nod.

Since being acquired by the Mets at the trade deadline, Ruf contributed very little. He has a .152 batting average with no home runs, seven RBIs, and a .413 OPS. Ruf has played in 29 games and had 66 at-bats with the Mets. His production has been beyond disappointing.

Ruf had opportunities in the Mets’ last series against the Oakland Athletics. With just four plate appearances between September 14th through the 21st, he got three starts in the Athletics series. He went 2-for-12 with three strikeouts.

Mark Vientos has shown improvement with the New York Mets:

After having one hit in his first 18 at-bats, the Mets’ top prospect has started to come along. Vientos has three hits over his last seven at-bats with a home run and two runs batted in. He has swung the bat well and hit the ball hard, showing some growth at the plate.

Vientos has shown why he was such a promising prospect. His size and power give him tremendous upside and some pop the Mets lineup needs.

Overall, there is more talent and upside with the 22-year-old Vientos. He is just beginning to show some comfortability and confidence at the plate. With that, he is showing how well he can execute. With the Mets competing for it all from here on out, the decision should be easy, Vientos over Ruf.