The New York Mets have lost control of their own destiny 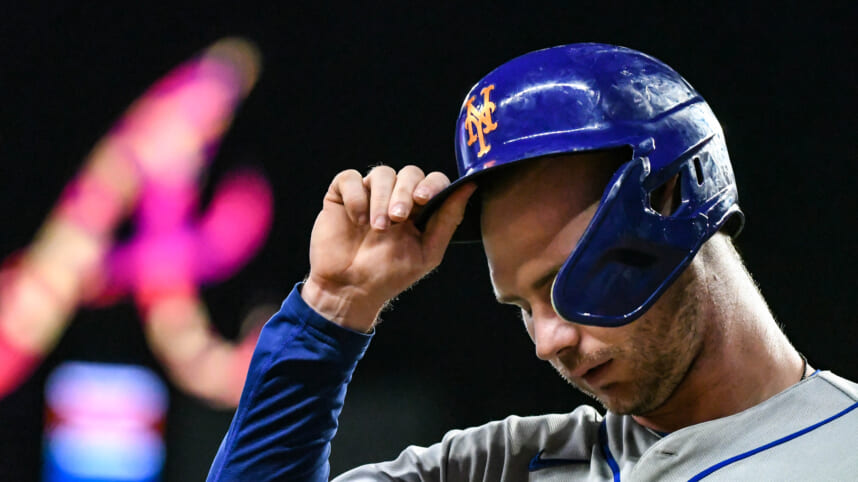 The long-awaited NL East showdown with the Atlanta Braves could not have gone any worse for the New York Mets.

Entering the three-game weekend set, the Mets had a one-game lead in the division along with a 9-7 lead in head-to-head matchups with the Braves. They had their top three pitchers, Jacob deGrom, Max Scherzer, and Chris Bassitt, go, needing just one win to stay in control of their own destiny. And they failed.

The blame for the implosion can be assigned across the board. deGrom, Scherzer, and Bassitt all came well short of what was needed. The loss of Starling Marte has significantly impacted the Mets lineup. Nonetheless, they have not had enough bats step up.

With the starting pitching, none of the Mets top three pitchers went longer than six innings. Bassitt could not even get through three. They all gave up at least three runs. A total of six home runs were allowed between the three. Simply put, the strength of the Mets team did not even come close to delivering when needing it most.

From there, the poor hitting of the Mets continued to affect them in this series. Aside from Jeff McNeil and the Mets’ two hottest bats of late, Eduardo Escobar and Tomas Nido, there was just nowhere near enough provided from this batting order. A total of seven runs in three games against a high-powered lineup like the Braves will simply not get it done.

Now, the Mets find themselves behind the Braves by two games. The Mets sit at 98-61 with three games left to play. They conclude the regular season at Citi Field with the 55-104 Washington Nationals, a series they better win all three games. While going on the road, the Braves play a 67-92 Miami Marlins team they should beat at least once to secure the division.

Ultimately, the Mets have themselves to blame. They blew a huge division lead with a poor schedule for the most part of this month. When only one win was needed in three games against the Braves to stay in control of taking the division, the Mets got swept. After some exciting times this year, the Mets find themselves looking at a playoff entry as a Wild Card team.