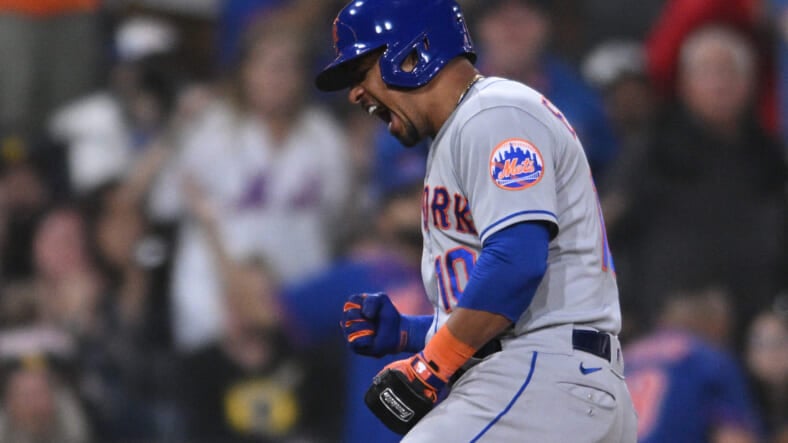 Tuesday night was a forgettable one for the New York Mets. They dropped game one at Citi Field against the Miami Marlins in a two-game series they desperately needed.

Last night, in the second game of the set, things looked to be going down the same road yet again for the Mets. Continuing to lose to bad baseball teams when they have everything on the line.

Well, luckily, third baseman Eduardo Escobar is on an absolute tear and carried the Mets to victory.

Down 4-0 in the bottom of the seventh, chances and morale could not have been slimmer for the Mets. However, following a leadoff hit by Jeff McNeil, Escobar came up and gave the Mets life. He absolutely crushed a home run to left field, his 20th of the year. It cut the lead in half.

Escobar delivered with an opposite-field hit in the next inning, with the bases loaded and two outs. He drove in two runs, tying up the game at four. It led to Edwin Diaz coming in for the ninth. He struck out the side.

In the bottom half of the ninth, Escobar did not come to bat.

Drew Smith, who got the win in this one, did a remarkable job not allowing a run in the top of the 10th inning.

With one out, the Marlins opted to intentionally walk McNeil, wanting to go against Escobar. One big mistake to say the least.

Once again, Escobar hit to the opposite field. Even with the Marlins outfield playing in, it was hit just well enough for Francisco Lindor to score the game-winning run from second. The Mets took a 5-4 thriller.

For the month of September, Escobar’s numbers are currently .330, batting with 31 hits, eight homers, and 24 runs batted in, giving him a 1.017 OPS. He has picked the Mets up drastically.

With last night’s win and the Atlanta Braves’ loss, the Mets enter the huge series with an upper hand. The Mets, 98-58, have a one-game lead in the NL East. For the Mets to win this crucial series on the road and take the division, continued dominance from Escobar is needed.