The New York Mets are getting unreal production from Jeff McNeil 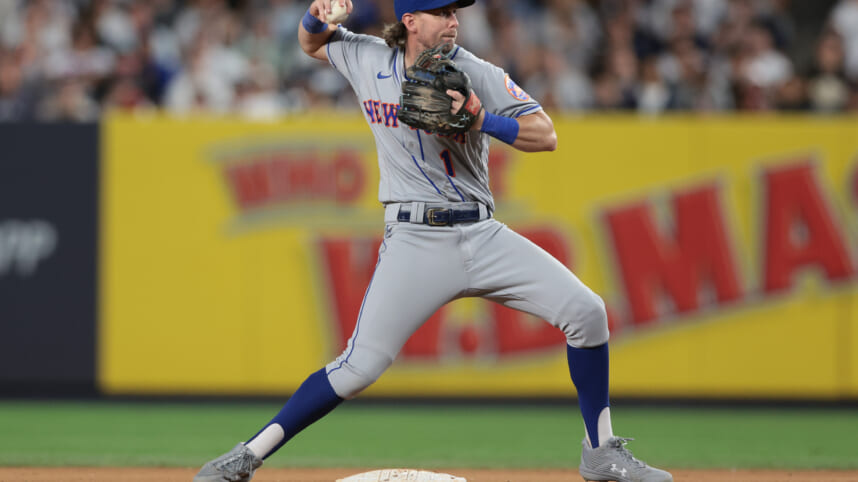 There is still a week left in August, and Jeff McNeil already has his best hit amount in a month of the year. After some struggles in July, McNeil has led the New York Mets lineup considerably over the last few weeks, to say the least.

In mid to late July, McNeil had a shockingly bad slump. From July 9th through the 27th, he had just three hits. His batting average dropped as low as .287 last month. He finished the month of July with 16 hits, six of those coming in the last three days.

Since those final three games of July, McNeil has been red hot for the Mets, in some games practically carrying the batting order. He has a whopping total of 36 hits since August 1st.

The highlight performances of McNeil’s exceptional run this month consist of a four-hit game, four three-hit games, and five two-hit games. Over this 23-game stretch, McNeil has had 10 multi-hit games. Five of those games just came over the Mets’ tough 10-game road trip.

From the other 13 games, McNeil has hit one-hit days 10 times. It leaves him with three hitless games, and in each of those games, he had minimal opportunities.

In one of those hitless games, McNeil left with an injury after just one at-bat against the Philadelphia Phillies. In the other two games, he saw just three plate appearances in each. It makes for a total of seven at-bats in his three hitless games this month.

In August, McNeil has hit two home runs which ties his best in a month for 2022. He has 12 RBIs, his second-best (17 in May). He has 13 runs scored and doubles. His OPS is a terrific 1.073 this month. Over the last four weeks, McNeil’s OPS (1.093) ranks fifth in the MLB. Most importantly, his batting average has been remarkable.

After what was a surprisingly long, tough slump for most of July, McNeil has since been himself. He has not only been the Mets’ best hitter but up there with the best in baseball over the last four weeks.

He has swung the bat so well recently that you just expect a hard-hit ball when he comes up to the plate. For the Mets to get back on track playing winning baseball, to take the NL East, they will need McNeil to keep it up with his phenomenal bat.