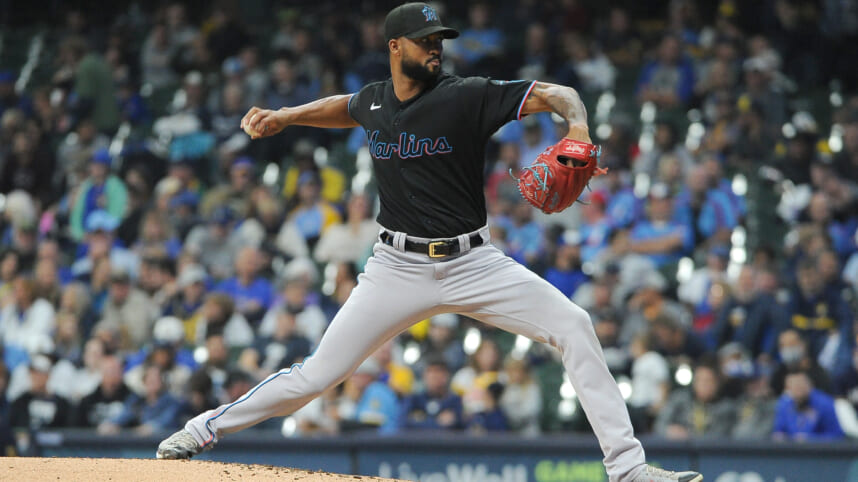 All New York Mets fans are stoked that Starling Marte is available for the start of the postseason. Marte is even taking things a step further to make the fan base even happier in hopes of more postseason appearances in the future.

Certainly, some pretty exciting words for any Met fan to hear.

Marte and Alcantara have a relationship from their two years of being teammates with the Marlins in 2020 and 2021.

Alcantara is coming off of a CY Young caliber of a season in 2022. He concluded with a 14-9 record and a 2.28 ERA. He recorded 32 starts, winning nearly half of them on a bad 69-93 baseball team. His 2.28 ERA placed him fifth in all of Major League Baseball this year.

Alcantara led baseball with six complete games, by far the best, the next close being three from Framber Valdez. Alcantara’s other noteworthy stats from this year were his 0.98 WHIP (ninth best in MLB), 207 strikeouts (eighth), and he was one of 16 pitchers to record a shutout in a complete game this season.

Obviously, this is a hypothetical but still something that can generate some excitement to think about.

While Alcantara is reportedly “as close to untouchable as you can find” in the MLB, per Jon Heyman of the New York Post, he is set to be vastly underpaid on the contract he recently signed.

For the Mets to ultimately make a move for the young ace, they would have to be willing to get as aggressive as possible. Nonetheless, it is fun to see Marte recruiting elite players to the Mets.