Should the Mets trade catcher James McCann this off-season? 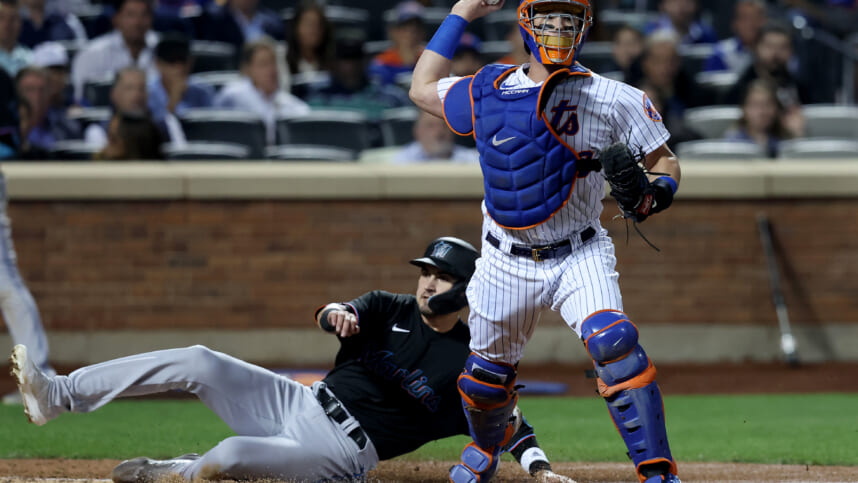 One contract the New York Mets would probably be happy to still consume if a trade were to be executed this offseason is the one of catcher, James McCann.

After signing with the Mets in December 2020 and providing some excitement at the time, things have certainly gone nowhere near expected for McCann.

If the New York Mets are able to deal James McCann, they should:

His production over the last two years in 182 games played for the Mets is simply far too underwhelming considering his four-year, $40.6 million contract.

While dealing McCann with his contract still having two years on it combined with unacceptable production will be a challenge, if somehow an opportunity presents itself, the Mets would have to move on.

At catcher, the Mets have two players they are set with for 2023. At the position, the Mets have the MLB’s top prospect in Francisco Alvarez. While his defense is not completely refined, Alvarez will have an integral role for the Mets next year. The Mets also have a solid second catcher in Tomas Nido, who complements Alvarez with his great defense behind the plate. Nido is a reliable bunter and also gave a struggling Mets’ lineup in September 17 hits in 15 games, proving his value to the lineup over McCann.

Knowing the Mets have Alvarez and Nido, McCann is expendable. The problem will likely be getting a team to want to take on even just a little of his contract with his inadequate services. If the Mets are not able to deal McCann, he provides some ability to help Nido out in the field. However, should a reasonable trade involving McCann ultimately come about for the Mets, they should absolutely be looking to take it.