Should the Mets retain Edwin Diaz in free agency? 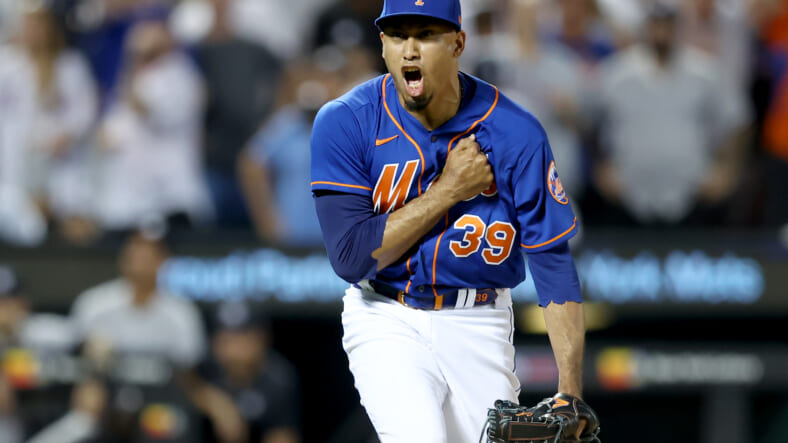 Arguably the top priority for the New York Mets this offseason has to be re-signing closer Edwin Diaz.

He is coming off of a year in which he was one of it not the best closer in Major League Baseball. Diaz appeared in 61 games and recorded 32 saves which were the eighth-most in baseball. His ERA of 1.31 and strikeout total of 118 were nothing short of special. He finished 2022 with a 3-1 record.

Turning only 29 right before the start of next season, Diaz should be entering his prime years. Knowing that it should make the Mets place that much more of an emphasis on keeping the dominant closer.

Why the Mets must re-sign Edwin Diaz:

With the concerns the Mets had in their bullpen last season, keeping your best relief pitcher, who is also one of the best in the league, closing out games should be a no-brainer.

From there, a few of the other reliable Mets bullpen pitchers from 2022 in, Seth Lugo and Adam Ottavino, are both set to be free agents.

Diaz has an arsenal that consists of an overbearing slider while being able to pivot to some gas on his fastball that exceeds 100 miles per hour.

The decision to keep a young, elite player at a position group on the team filled with concerns is a relatively easy call for the Mets to make.

The contract Diaz lands will be a significant one. He is likely going to end up with roughly $20 million per year over five years, putting his total at $100 million.

Diaz made known after the playoffs that he has interest in returning to the Mets and hopes that they come to him with a deal fast.

Lastly, from a business standpoint, one would think with the trumpets at Citi Field playing every time Diaz enters a game that, the Mets would absolutely do everything they can to keep him. Not to mention, it gives the Mets an incredible boost and home-field advantage when looking to close out tight games.

In the end, Diaz has to be back with the Mets.