Should the Mets pursue Andrew Chafin after opting out of contract with Detroit? 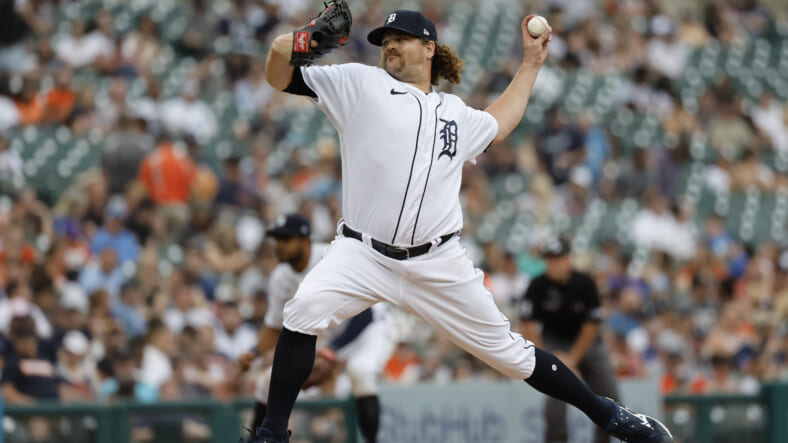 Some big news with regard to the upcoming free agency process for the New York Mets came official yesterday.

Andrew Chafin, relief pitcher for the Detroit Tigers, had an opt-out clause in his contract and exercised it.

Despite being on three teams over the last two years, Chafin has posted some incredible numbers. He provides the free agent market with a much-needed, prominent, left-handed reliever.

Why the Mets should make a run at Chafin:

It is well noted how the Mets’ bullpen struggles were through the roof last year. One of their many glaring issues specifically was their lack of a reliable left-hander.

What is thrilling about Chafin opting out is that he adds a great arm to what looks to be a somewhat underwhelming group of left-handed bullpen pitchers set to hit free agency.

With the lone left-handed arm the Mets have from their bullpen a year ago set for free agency himself, in Joely Rodriguez, the Mets should absolutely inquire strongly when it comes to Chafin.

Over the last two years, he has been consistently dominant. In 2021, appearing in 71 games, Chafin had an ERA of 1.83 with 67 strikeouts. He followed that up with a 2.83 ERA and 67 strikeouts this last season, pitching in 64 games.

Chafin has proven his reliability over his nine-year career. In six years, he has appeared in at least 64 games and thrown at least 49.1 innings over each of those six seasons.

Chafin turns 33 in the middle of next June. He seems slated to get a two or three-year deal on the open market. With a lack of impressive, potential difference-makers from the group of left-handed relievers set to be available, the Mets have to show significant interest in Chafin.