Should the Mets go after Carlos Rodon on the open market to replace Jacob deGrom? 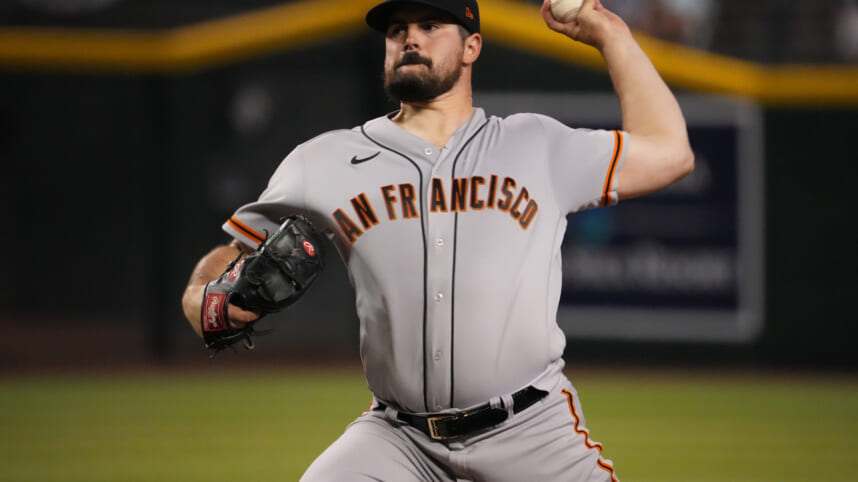 With New York Mets starting ace Jacob deGrom having an unknown future status with the team, it leads to a potentially huge void.

Even outside of deGrom, the Mets rotation, in general enters the offseason filled with questions. The lone player locked in under contract is Max Scherzer, who will turn 39 during next season. From there, Chris Bassitt, Taijuan Walker, and Carlos Carrasco could all possibly be elsewhere.

If the Mets are not able to retain deGrom in particular, the top of the starting pitching staff will need as good of an external replacement as possible.

Could the Mets make a play for Carlos Rodon?

One of if not the best way the Mets can fill deGrom’s potential void is with San Francisco Giants star left-hander, Carlos Rodon. He has a player opt-out, he will likely exercise.

A very exciting component Rodon offers is his younger age. He is 29 and turns 30 years old in December.

Rodon has made the last two All-Star games with his success. In 2022, he threw for at least 10 strikeouts in 11 games. He finished third in the MLB in strikeouts this last year, his 2.88 ERA finished 13th, and his 14 wins tied for 15th. Lastly, his batting average against was .202, which tied for eighth in the MLB.

The expectation is that Steve Cohen is primed to spend big this offseason for the Mets after recently falling short.

In terms of annual average per year, Rodon will likely cost a good amount less than deGrom. The years will probably be similar as well. Despite Rodon’s younger age, he has only been dominant for two years and has some past injuries. There is a good chance Rodon ends up with a five or six-year deal.

Ultimately, if the Mets end up losing deGrom, Rodon is a great option to have to replace him alongside Scherzer at the top of the rotation. Rodon’s past two years of success and younger age give him quality value to the Mets if they attempt to make a strong play for him.