Projecting the Mets’ starting infield for 2023 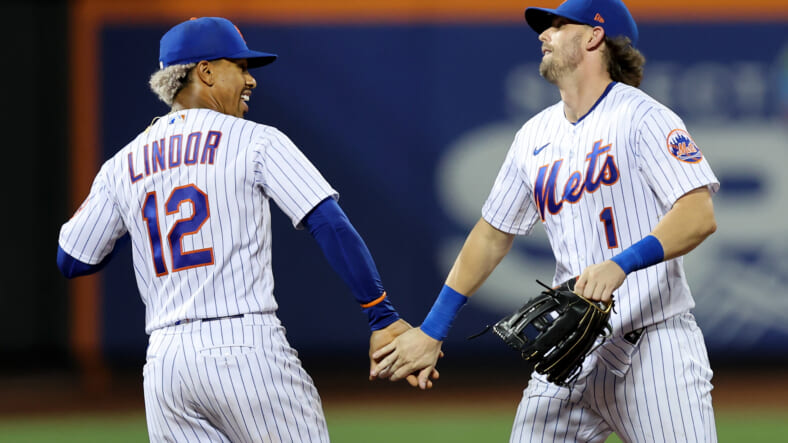 The infield for the 2023 New York Mets has some great pieces in place. After this upcoming free agency period, one big addition could be made to that already solid group.

At the moment, the Mets are essentially locked in with starters at three positions. First baseman, Pete Alonso, shortstop, Francisco Lindor, and at third base, Eduardo Escobar or exciting, talented young prospect Brett Baty give the Mets a stellar core.

Along with one of either Escobar or Baty, in terms of depth, the Mets also have savvy, veteran utility infielder Luis Guillorme. Not to mention, Baty could be utilized as the Mets’ primary designated hitter.

The reason why the Mets could potentially look to add a big infield bat to their order is because of the versatility that Jeff McNeil offers them. McNeil could, of course, play second base if the Mets re-sign Brandon Nimmo or add a different outfielder. He could also play either corner outfield position, which gives the Mets the luxury of adding the best bat possible on the market if they so choose.

Potentially, no better hitter on the market could be added to the lineup for the Mets next year than infielder, Trea Turner.

At the end of the day, the Mets are prime to hand out at least one massive contract to a top-tier bat this offseason. That could very well re-sign Nimmo, but they may look for an upgrade in Turner.

Turner, from most reports, would prefer to play on the east coast. If the Mets offer him the best possible contract, he could decide to make the move to second base for an expected win-now team in the Mets.

To have an infield of Alonso, Turner, Lindor, and either Baty or Escobar with another quality backup like Guillorme, the Mets would give themselves a promising group of infielders with depth to boot.