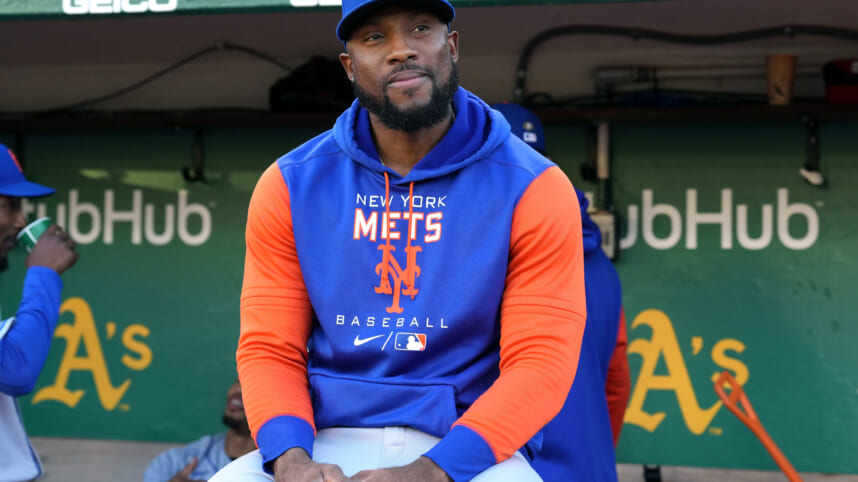 The 26-man Wild Card Series roster for the New York Mets was just shared by the team. Off the bat, two headliners on the roster are All-Star outfielder Starling Marte, who is returning from injury, and rookie catcher, Francisco Alvarez.

On the other hand, two notables not on the Wild Card roster for the Mets are rookie Mark Vientos and trade deadline addition, Tyler Naquin.

The New York Mets will have Starling Marte:

To start with the thrilling, fairly surprising Marte news, it first came from Andy Martino of SNY a little over an hour ago. Having their .292 hitter back after missing a month gives the Mets lineup a big jolt entering postseason play.

Martino also made known that with Alvarez, the Mets like what they recently saw, and it gave them a good reason to place him on the 26-man roster. With all three catchers up on the active roster, the Mets can just use Alvarez as a designated hitter or pinch-hit him late in a game if needed with his power bat.

One somewhat surprising decision was that trade deadline acquisition Darin Ruf got the nod over another mid-season addition in Naquin.

When it comes to the pitching, Taijuan Walker, Carlos Carrasco, and Trevor Williams are all not listed on the 26-man roster. Both Tylor Megill and David Peterson are on the Mets roster for this series.

It all gets underway for the Mets in roughly eight hours at Citi Field. Max Scherzer will have to be at his best for the Mets to have a chance. Hopefully, with Marte and Alvarez, the Mets lineup has enough to score against Yu Darvish, who usually gives the Mets problems. At home, this first game should be one the Mets win.