New York Mets: The Players of the Decade, Who Parted Ways Too Early 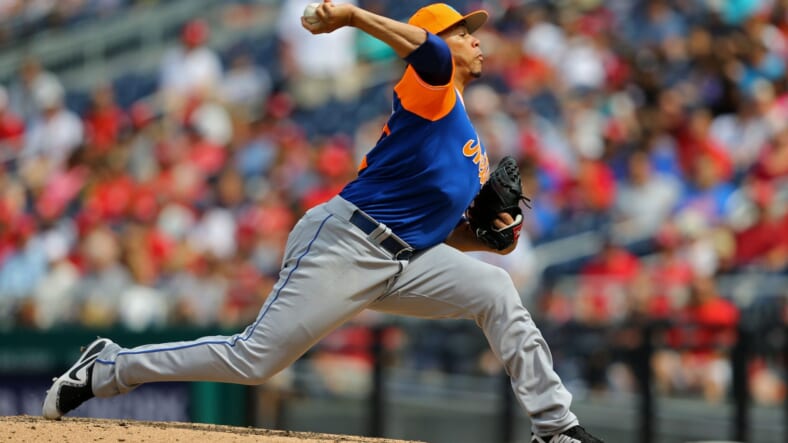 The New York Mets have a history of missing out on significant players when they happened to be on their roster. Through trades or merely cutting a player, here are the players the Mets gave up on too soon.

d’Arnaud had initially been the prize piece in the R.A. Dickey deal, but he never panned out to be the top prospect praise he received. He hit .242 with 47 home runs during his seven seasons as a Met. After he started 2019 slow, the Mets released him, and he landed on the Dodgers before heading to the Rays five days later. He ended up breaking out to hit .263 with 16 home runs and 67 RBIs in Tampa. It resulted in him earning a two-year deal with the Braves during the offseason.

In 22 games, Daniel Murphy now has 8 HR and 25 RBIs against his former club. https://t.co/EHOUTZKb35 #PapaSlam pic.twitter.com/AFuZlvbzh8

Murphy cemented his place in Mets fans hearts when he dominated the 2015 postseason to lead the Mets to the World Series. In the World Series, he left fans with a bad taste in their mouths after he struggled to produce offensively and defensively. The Mets tried to bring Murphy back on a qualifying offer but did not offer him anything more.

Murphy ended up signing with the rival Nationals. Not only did he put together dominant seasons with the Nationals, but he torched his former team. Since Murphy left the Mets, he is hitting .355/.411/.650 with 12 homers and 44 RBIs against the Mets. The Mets replaced Murphy with Neil Walker, but he never put up numbers anywhere near Murphy’s.

Justin Turner with the HUGE blast to put the Dodgers on top late! pic.twitter.com/LHazTrs2rI

Turner might be the biggest miss the Mets had. He hit .265/.326/.370 as a Met, with very minimal power numbers. The Mets decided to let him go after the 2013 season, even though it looked like Turner started to become a good hitter. Turner hit .305 during his final two months with the Mets, but the organization never felt that he was an everyday player.

He went on to the Dodgers and has become a star. In his six years with the Dodgers, Turner is a .302 hitter, with 112 home runs, 168 doubles, one All-Star selection, and three top-15 MVP finishes. He has been even better during the postseason hitting .310 with nine homers over 54 playoff games.

This is Hansel Robles. He’s a big fan of The Undertaker. He also struck out the side. pic.twitter.com/SYAi4iUAfv

In a year where the bullpen killed the Mets season, this one hurts. Robles always had a live arm and had two solid seasons to begin his Mets career. In 2017, things started to go downhill as the home run started to hurt him. The Mets put Robles on waivers in 2018 after he allowed seven home runs in 19.2 innings.

The Angles claimed Robles, and it seemed like everything turned out better in LA. Through a year and a half, he has a 2.64 ERA in 108 games, allowing only eight home runs with the Angels. He even emerged as the Angels closer, locking down 23 games in 2019.