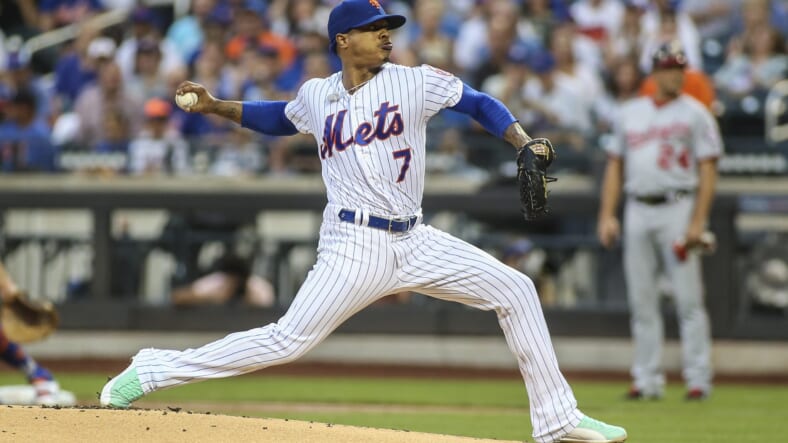 New York Mets baseball would not officially return until they received their first devastating injury of the season. After losing Noah Syndergaard to season-ending Tommy John Surgery, Marcus Stroman will start the season on the Injured List with a muscle tear in his left calf.

The calf tear for Marcus Stroman is obviously a massive blow for the Mets. The team continues to reiterate that Seth Lugo is not a starting option. I understand Lugo’s immense value in the bullpen, but if Familia, Diaz and Betances look good early, I wonder if that could change.

After continually working out during the postponed season, we would think Stroman would be in tip-top shape when the season resumed. Unfortunately, that is not the case, and Stroman will be a week-to-week issue and possibility never pitch during the 60-game season.

This is a major disappointment for both the Mets and Stroman. The Mets needed him to step up as their number two starter, and they are out of proven options to replace his turn in the rotation. Stroman is heading into free agency after the season, and the injury news immediately drops his value. Though the Mets could sign him at a lower price, the decision to pick him over Zack Wheeler looks worse.

Replacements In the Rotation

The Mets announced Steven Matz will pitch the second game of the season, but the Mets still need a fifth starter. The first two names that come to the forefront of replacements are Walker Lockett and Corey Oswalt. Lockett is on the IL, and Oswalt did not fare well against the New York Yankees. Also, both pitchers have pitched enough in the big leagues to show they are not quality starting pitchers.

The Mets ruled out any idea of Seth Lugo moving into the starting rotation. With the injuries in the bullpen and Lugo’s partially torn UCL, it is for the better that he remains a reliever. They also told swingman Erasmo Ramirez he will not make the opening day roster as well.

David Peterson is the best option the Mets have. Their depth is scarce enough that they have to depend on a rookie who still has not made their MLB debut. Peterson is no slouch though; he has battled through Tommy John Surgery to pitch to a 3.63 career ERA in the minor leagues.

The left-hander is turning 25 in a month and could follow the same track as Jacob deGrom. Both received the surgery early in their professional careers and entered the big leagues in their mid-20s. Peterson has the upper hand as a former first-round pick, which plays into the high upside he has. The plus side of also putting him in the rotation is that if he pitches well, then the Mets won’t feel the pressure to re-sign Stroman.

Gsellman Under the Radar

Just because Stroman took the headlines, it does not mean losing Robert Gsellman does not hurt either. The Mets bullpen is already missing Brad Brach and Jared Hughes, so losing Gsellman hurts their depth even more. He has right triceps tightness, which the team reports is not severe.

Mets reliever Robert Gsellman is likely headed to the injured list to begin the season due to his right triceps issue, per source. But the expectation is that the stint will be backdated, and Gsellman should be good to go when eligible about a week into the season.

Despite likely only losing Gsellman for a week, there is no time to waste in this 60-game sprint. He is one of the few relievers in the bullpen who can pitch multiple innings. With the lack of rotation, depth extended relievers like him are in high demand. Just a week ago, it seemed like the Mets would head into the season without any issues, but they all crept up on them, calming down the hope fans had for them.