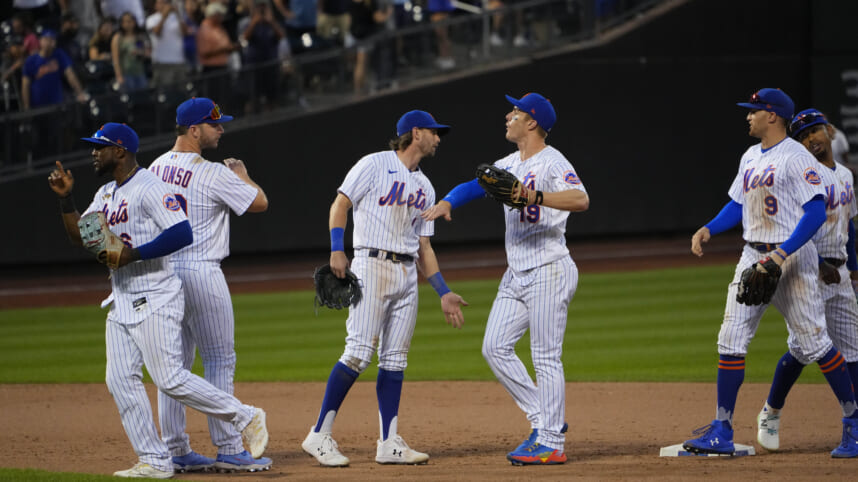 In a year with World Series hopes, the New York Mets just won a series with the team that has the most wins in Major League Baseball. After dropping a disappointing game to start the series, the Mets took the final two.

The Mets now sit at 84-48 with still a three-game lead in the NL East on the Atlanta Braves.

Following one tough schedule over the last month, the Mets sure did an impressive job. They set themselves up well for what is a much easier schedule ahead.

It has been well documented how important these last few weeks were for the Mets with their challenging schedule. Ultimately, they did more than what was needed to keep themselves out in front. The Mets are tied for the second-most wins in baseball.

The Mets’ next five series:

Now, they have a much easier set of games coming up that they must take care of.

It starts tonight at Citi Field with a division series against the 45-86 Washington Nationals. This should be a series the Mets win, if not even sweep, taking all three games.

Following the Nationals, the Mets’ next four series are with the Pittsburgh Pirates twice, Miami Marlins, and Chicago Cubs. In total, five straight series against teams in the bottom nine in baseball when it comes to wins.

Seeing the series with the Los Angeles Dodgers this week proved that the Mets can gain a substantial home-field advantage at Citi Field.

Continuing to stay out in front of an excellent Braves team will be imperative for the Mets in this final month as a division pennant is at stake.

After rising up and excelling for the most part against a competitive schedule, it is time for the Mets to take care of business on teams they should beat.