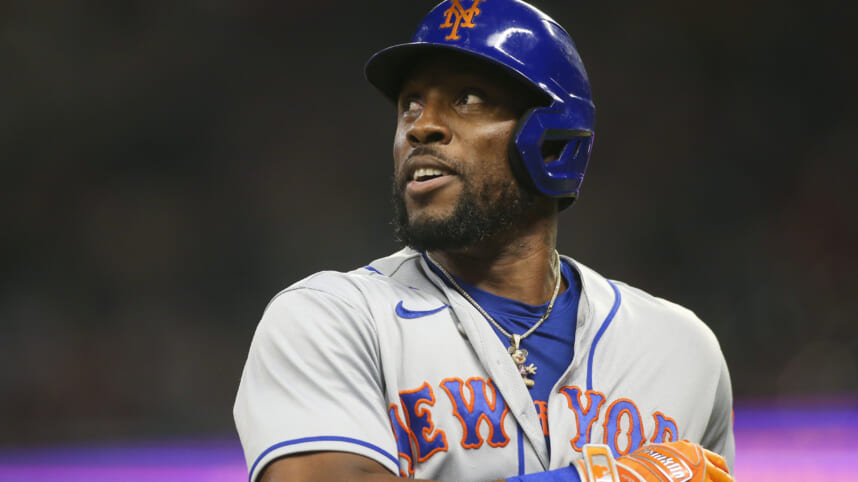 The tough news keeps piling up for the New York Mets. Following a disaster of a series in Atlanta with the Braves, the Mets are looking at a playoff berth as a Wild Card team.

They lost control of their destiny to get secure a first-round playoff bye for themselves. It would have allowed the starting rotation more time to rest. Also, more time would have been granted to players with injuries like Starling Marte and Brett Baty.

The All-Star right fielder for the Mets has missed a chunk of time now. He got injured with a fractured right middle finger in early September. Marte was placed on the 10-Day IL and has now missed a month. There was some speculation he would make it back for the key series with the Braves.

Marte has supposedly shown some improvement and healed. He did, however recently try to hit a short soft toss with both of his hands which did not go well.

Mets manager Buck Showalter had this to say about a potential Marte return.

“There was a little progress, but not enough to think something is imminent… I know that we’re looking more about, right now ways to manage it and the discomfort. Trying to see if there’s some way. The earliest we would play obviously would be Friday, so we’ll see what the next three days bring.”

The Mets have sure got to hope for the best. Their lineup has taken a huge hit without the All-Star hitter’s .292 batting average. Now, with the Mets likely looking at a Wild Card series shortly, a return as soon as possible from Marte would undoubtedly be a big help.