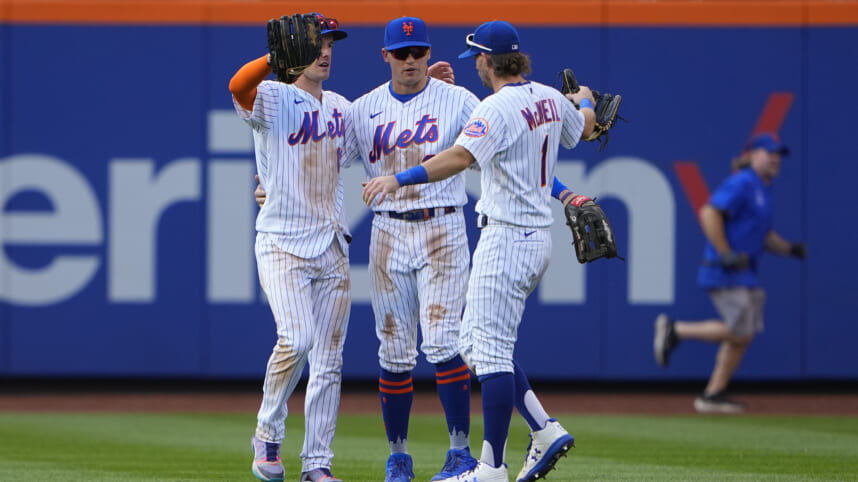 An important four-game series for the New York Mets at Citi Field resulted in a winning sweep. Competing against a bottom-three team in baseball, the Pittsburgh Pirates, the Mets took care of business when they needed it most.

Coming off a discouraging home three-game sweep they lost against another bottom-10 team in Major League Baseball, the Chicago Cubs, concern might not have been greater for the Mets at any point in 2022.

Following this four-game set, the Mets have the third-best record in baseball at 93-55. They currently have a one-game lead on the Atlanta Braves in the NL East.

The main reason for the recent skid prior to the Pirates series was the lack of hitting. Over the last four games, the Mets scored seven, four, five, and seven runs, doing more than enough with their outstanding rotation. Over the four-game set, the Mets allowed a total of eight runs.

In the first three games of this last series, Mets starters got wins. Carlos Carrasco is now up to 15 on the year, Taijuan Walker has 12, and Chris Bassitt, 14. Despite not getting the win yesterday, Jacob deGrom had 13 strikeouts in five innings pitched. Edwin Diaz is also now up to 30 saves on the year.

Daniel Vogelbach, Tomas Nido, and Eduardo Escobar were a few of the bats to step up for the Mets.

In this series, Vogelbach had five walks, six RBIs, a home run, and five hits.

This month, Nido is hitting an incredible .429. He has seven runs batted in over nine games played in September. Nido has 12 hits, two of which were homers, seven runs scored, and an exceptional 1.183 OPS this month.

Escobar is not too far behind Nido, batting a great .361 in the month of September. Over the stretch, Escobar has 22 hits in 17 games with six home runs, 13 RBIs, and a 1.133 OPS. Escobar has been as good as any hitter in the Mets lineup over the last couple of weeks now.

Pete Alonso drove in a run in each game of this series and is now up to 115 on the year (second in baseball).

Francisco Lindor had a hit in every game with the Pirates and finished with five in total.

Jeff McNeil reached base in all five of his plate appearances in yesterday’s game. His .320 batting average places him third in the MLB.

Brandon Nimmo reached base 11 times in the Pirates series. He drove in one run over each of the final three games. Nimmo also gave the Mets three base hits in the win yesterday.

Things needed to come together for the Mets in this series, and they did. Now, they will get ready to square off with the Milwaukee Brewers for three games on the road starting tonight through Wednesday. This is the best team that the Mets have played since their series nearly three weeks ago with the Los Angeles Dodgers. It will be crucial for the Mets to build on their terrific series sweep moving forward with 14 games left to play.