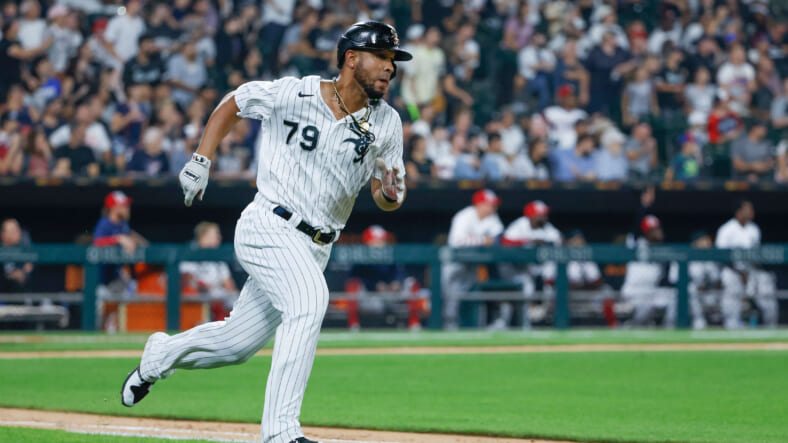 The White Sox have a manager stuck in the past and evaporating playoff hopes. Will they trade one of baseball’s most prominent sluggers?

As the Major League Baseball season reaches its’ midway point, the playoff picture is still far from certain.

Despite that, the first half of the season has provided a vignette of where the dust may settle.

While the New York Mets and New York Yankees appear ready for deep playoff runs, other teams have failed to live up to expectations.

Perhaps no team has underachieved more given their pre-season expectations than the Chicago White Sox.

The White Sox ran away with the 2021 American League Central and returned most of the same cast this season.

With the South Siders in peril, it opens the door for them to trade off valuable assets and reload to their young core for next season.

Should the White Sox fall further out of contention, Jose Abreu may fetch the largest return at this year’s trade deadline.

Abreu, 35, has been one of the most feared power hitters in all of baseball since he debuted in 2014.

The Cuban native was named rookie of the year that season after clobbering 36 home runs, finishing fourth in AL MVP voting.

While he isn’t having an “Abreu-like” year, it’s still been a productive one, given the team’s substandard season.

He continues to be among the league leaders in average exit velocity, hard-hit %, xwOBA, xSLG, falling in the 95th percentile or higher for each of those metrics in 2022.

If the White Sox continue to falter, will they potentially sell on Jose Abreu? He's only hit 9 homers this season, but his metrics are OFF the charts. pic.twitter.com/jP3hEdbNTH

It was thought for a while that Matthew Allan was as untouchable a prospect in the Mets system.

After pricing himself out of the first round of the 2019, MLB Amateur draft with a lofty signing bonus ask, the Mets rolled the dice and selected Allan in the third round and met his demands.

The cancellation of the 2020 minor league season due to COVID delayed Allan’s development, only made worse by the news that Allan would require Tommy John surgery last season during spring training.

Allan appears ready to begin pitching again at some point this season and, despite the bumpy road, still profiles as a starting pitcher with a high 90’s fastball and above-average curveball.

From the Mets’ perspective, they kill two birds with one stone in this trade.

Abreu is clearly still one of the most feared sluggers in Major League Baseball and the type of bat that can transform a lineup.

The Mets have tried shoehorning JD Davis, Eduardo Escobar, and even Luis Guillorme in the fifth spot of their lineup in an effort to provide Pete Alonso protection- all to no avail.

Abreu would bring the type of presence that would make the Mets lineup as complete as any in the league.

Meanwhile, the Mets acquire Graveman, who has been one of the most effective back-end relievers in baseball over the last four years.

Graveman spent time with the Seattle Mariners and Houston Astros last season before signing a three-year deal worth $24 MM dollars this offseason.

The White Sox will get a potential front-of-the-rotation arm while shedding the contract of the 31-year-old Graveman.

Meanwhile, the Mets will get the slugger they need and a reliever with closer experience, all while staying under the $300 MM salary mark, which would initiate severe penalties against the team.

The White Sox aren’t out of the playoff mix yet, but with an out-of-touch manager providing more off-field distractions than on-field production, their best course of action may be to start anew next season.