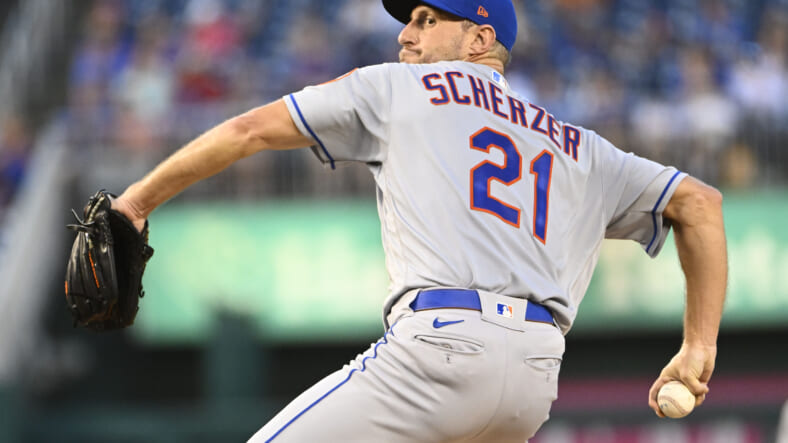 Following a demoralizing 8-2 loss against a team with the third-worst record in Major League Baseball, the tough blows continue to pile up for the New York Mets.

After leaving his start on Saturday with left oblique fatigue, Mets ace Max Scherzer told reporters he anticipated making his next start, which would have been this Friday.

It was just made known by manager Buck Showalter that Scherzer will be heading to the Injured List. Scherzer will miss his start this Friday and could potentially miss his next scheduled start as well.

Showalter stated to the media that there was some irritation. He articulated further, saying, “just all things considered, think it’s best to try to get that completely healed again.”

Showalter did finish by saying it will only be a start or two and that he expects Scherzer back once he is eligible, “we want it to completely heal.”

Certainly, while the injury news could have definitely been worse, losing Scherzer for this Friday and potentially his following start undoubtedly impacts this struggling Mets team.

Scherzer did meet with the media this morning as well. He provided an encouraging update.

“Yeah, this is a days, not weeks. So, that’s the first and foremost thing. This is not a significant injury. This is more that I’m gonna miss one start, we knew that. And then, once the ball is out of my court, then the team’s gotta do what they gotta do for roster moves.”