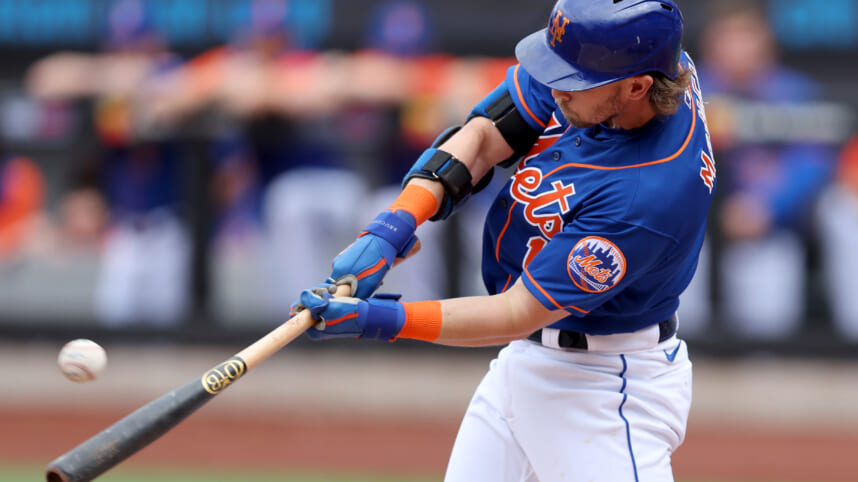 The New York Mets are gearing up for game two with the Philadelphia Phillies on Saturday night at Citi Field. Following last night’s 2-1 loss in 10 innings, the Mets will need to take the second game of this divisional series at home.

Entering game two of this set, the Mets are 73-40 with a six-game lead on the Atlanta Braves in the NL East.

Following last night’s injury, Jeff McNeil was made available to the media this afternoon. Earlier today, he stated to reporters that “it shouldn’t be” one that leads to landing on the injury list. He said his thumb is “good” and that it is “not as bad as we thought.” On whether he would be available to play today, McNeil said, “Not sure yet. We’re still talking to the training staff and Buck and see what the next step is.” The Mets lineup was just released, and McNeil is playing in tonight’s game. Certainly, very good news for the Mets.

In tonight’s game, the Mets will have their ace, Jacob deGrom, on the mound. He will look to build on his special outing from Sunday afternoon. It was a start in which he was virtually untouchable. The Mets will need another great performance from deGrom to get back to their winning ways in this one.

With Max Scherzer going seven innings last night, the Mets being off Thursday, and having a day game Wednesday afternoon, the bullpen should be well rested for tonight’s ball game. Hopefully, the Mets can batting order can provide deGrom and the bullpen adequate run support.

The Mets will be going up against Aaron Nola of the Phillies. He is 8-8 with a 3.17 ERA (24th in baseball) in the 2022 season. Over his last two starts, Nola has pitched well. In both outings, he has gone six innings, allowing one earned run in each. Going against Nola will be a good challenge for the Mets lineup.

With Nola being a right-handed pitcher, the Mets will have their left-handed bats in the lineup tonight. Those hitters are Daniel Vogelbach, Tyler Naquin, and Luis Guillorme, who are batting in the order mentioned from 5-7 tonight.

The top four hitters in the lineup are the same as usual, Brandon Nimmo, Starling Marte, Francisco Lindor, and Pete Alonso. The lineup rounds out with McNeil and Tomas Nido behind the plate.

Hopefully, the Mets bats can get things going after some struggles with just five hits last night. Anticipate deGrom providing his usual excellence in this big division game. It is important for the Mets to keep winning as many series as possible.