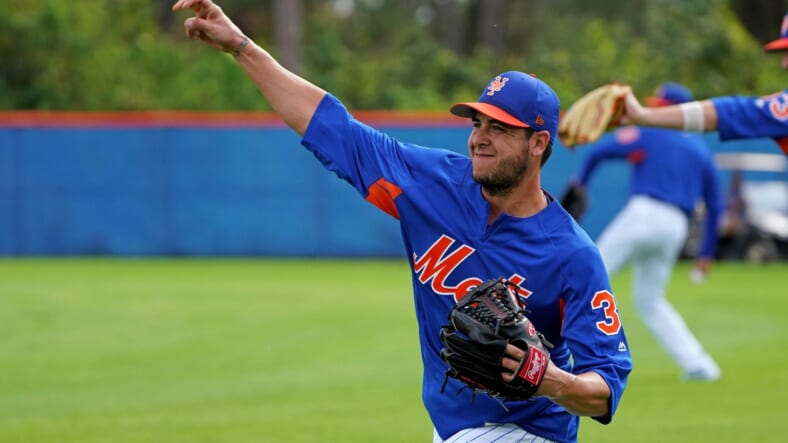 For the first time in years, the New York Mets are going to get through April without being riddled with injuries.

Anthony Swarzak (shoulder and oblique) suffered a setback during his rehab and is still several weeks away from returning to the team. He suffered the oblique injury during the second game of the season against the St. Louis Cardinals. The bullpen has missed Swarzak over the last couple weeks and hopefully he returns to the team by the middle of May.

Kevin Plawecki (broken hand) will be out for at least two more weeks. He suffered the injury after getting hit in the hand with a fastball in Miami against the Marlins. Plawecki may not be Mike Piazza but the team is desperately missing his bat. He hopes to return in mid May as well and he will undoubtedly be the everyday catcher for the Mets.

Travis dâ€™Arnaud (elbow) underwent Tommy John Surgery to reconstruct his right elbow. He is done for 2018 and hopes to return for the beginning of 2019. This explains why his throwing was horrible but his absence at the plate has caught up to the team quickly. The replacements of Tomas Nido and Jose Lobaton has combined to hit 6-for-47 this season and the Mets are not looking anywhere else for help.

David Wright (shoulder and back) was moved to the 60-day DL to make room on their 40-man roster. The captain is still a long shot to return this season and even playing in the big leagues again may never happen again.

T.J. Rivera (elbow) still has not resumed throwing and there is no timetable for his return. He has become a forgotten man as he continues to recover from Tommy John Surgery.

Rafael Montero (elbow) also underwent Tommy John Surgery and will remain out for the entire 2018 season. He will be inactive for a while and will not throw a baseball for a long time.