New York Mets get much needed day off, taking a look at what’s ahead 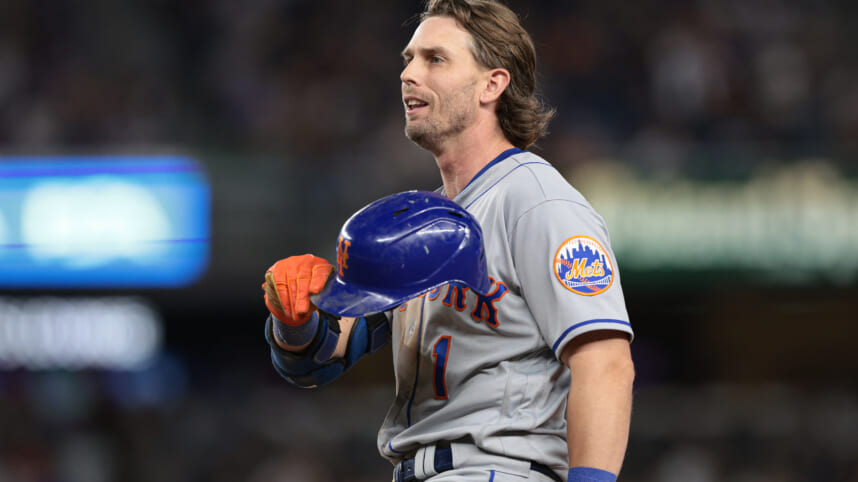 Following a 12-day stretch of 13 games, the New York Mets finally have a day off. It is needed for the team to regroup. Over this last 13-game stretch, the Mets played the last 10 on the road. Those three road series were with the top two division competitors and cross-town rival.

The Mets competed against the team with the fourth, fifth, and seventh-most teams in baseball. After a .500 start to the first two series, the Mets dropped two to the New York Yankees and were worn out.

A day off and three series coming up at Citi Field should pick the Mets up. Even coming off a rough 4-6 stretch, the Mets still find themselves tied for the second-most wins in baseball with 79 and 46 losses. The unfortunate thing is that their division lead on the Atlanta Braves is now down to two games.

A look at the Mets’ schedule:

It has been fairly well documented, but after a tough month of matchups, things start to play to the Mets’ advantage. This upcoming four-game series with the 54-70 Colorado Rockies should give the Mets the resurgence they need. They should win the series by taking at least three games.

From there is the lone difficult series matchup ahead with the Los Angeles Dodgers. The Mets will host the league-leader in wins for three at Citi Field. Knowing what lies ahead makes winning the Rockies series that much more important.

After the Dodgers series, the Mets have no excuses. They host the Washington Nationals for three, go to Pittsburgh and Miami for three, then are back home with the Cubs for three and the Pirates yet again for four. After three series with top seven teams in baseball, the Mets go up against a completely different level of competition. Between the Rockies, Nationals, Pirates, Marlins, and Cubs, the Mets play six series against five teams in the bottom nine of the win column in baseball right now.

It has been discussed that the Mets conclude their season with the second to last series in Atlanta. It is crucial for the Mets to dominate the weak schedule they have in front of them and put themselves in a position where they have the division won by late September.

Bats, the Mets need more from:

The first two hitters the Mets simply need more from down the stretch to win the division are Pete Alonso and Brandon Nimmo.

Starting with Alonso, he has just six home runs since the All-Star break. Since August 5th, he has one homer. His lack of power as of late has hurt the Mets lineup significantly.

Entering the recent 10-game road trip, Alonso was batting .281. His batting average has now dropped to .270. Alonso is a core player to the Mets and needs to get back to himself if this team is going to make a World Series run.

Following a hot start to August, which included four multi-hit games in the first week of the month, Nimmo has had just two since. His batting average has dropped to .264, his lowest since late July. Working at-bats, getting on base, and ultimately more hits from a core player like Nimmo will be key for the Mets going forward.

The Mets hitting struggles from the catcher position are well known. In the end, they need to be as reliable as possible behind the plate and make plays with their arm when opportunities present themselves to overcome their lack of impact hitting.

As of late, Jeff McNeil has been the Mets star in virtually every game. Mark Canha has given the Mets a ton recently as well.

It was good to see Brett Baty hit one well to opposite field last night. The new rookie should keep growing with more experience moving forward.

Francisco Lindor and Starling Marte have been consistently good. It is imperative that they are both are their best the rest of the season and put together hot streaks over these upcoming six series against bad teams.

Even coming off a 4-6 stretch, the Mets still find themselves in a solid position. They will have Jacob deGrom go tomorrow at Citi Field in a game that should help them get back to winning. Hopefully, that propels them to a big couple of weeks against teams the Mets should beat.