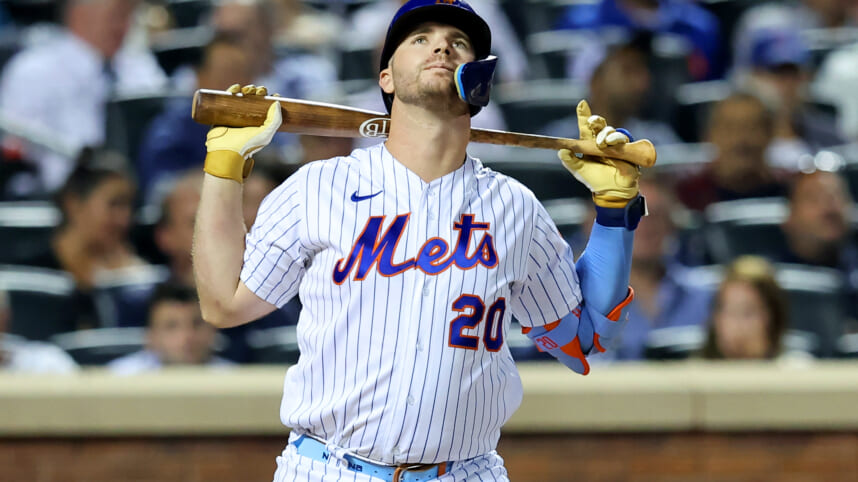 The talked about “easy schedule” for the New York Mets following a long, competitive stretch in which they did well could not be going any worse.

They just got swept by the 61-82 Chicago Cubs at Citi Field. The Mets were outscored 15-6 in the series, playing as non-completive as a World Series hopeful team should.

Since taking two of three with the best team in baseball, the Los Angeles Dodgers, the Mets are 5-7 against the Washington Nationals, Pittsburgh Pirates, Miami Marlins, and Chicago Cubs. Four of the bottom nine teams in baseball the Mets have a putrid record against. All while competing with the Atlanta Braves for the NL East Pennant.

Can the Mets bats provide any sort of consistency?

The main issue for the Mets has been their batting lineup. An injury to Starling Marte, along with long cold stretches for Pete Alonso and Francisco Lindor, have put a dent into this lineup’s chances.

When the Mets score runs, they pour it on. They can never just consistently get runs across.

Now, in the seven losses, they have a combined 13 runs, simply unacceptable. In three of those games, they had just one run, twice they had two runs, and in the final two losses over this stretch, they had three runs.

Two things that jump out in terms of the Mets’ lack of success are their inability to come from behind and their terrible consistency. They either score a ton or none at all. The lack of stringing hits together has cost them against bad opponents.

Mets’ pitching has not done enough:

While the Mets’ lack of hitting is at the root of the recent problems, the pitching has still given enough and, quite frankly has not lived up to the hype recently.

It is well known how great of a rotation the Mets have and how capable their depth is. As of late, it has not gotten the job done.

The last two starts for David Peterson have been bad. Chris Bassitt had a rough start to begin the Cubs series. Jacob deGrom was not himself in game two with the Cubs.

The Mets have needed their elite rotation to rise up with the struggling bats. They have not.

From there, the Mets have an up-and-down bullpen aside from Edwin Diaz.

Across the board, things are going terribly for the Mets. Despite being in a closely contested battle to win their division, the Mets cannot win against some of the worst teams in Major League Baseball.

The good thing is that they are still somehow in first place of the division with a half-game lead. Confidence is rightfully so low in terms of expectations, but the Mets still have another favorable four-game series with the 55-88 Pirates coming up at Citi Field. With only 18 games left to play, the Mets desperately need to get back on track in no time.