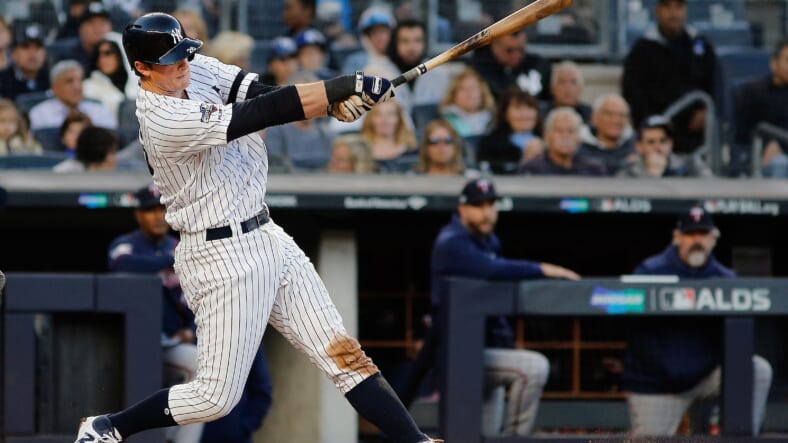 While the New York Mets said, after the Francisco Lindor-Carlos Carrasco trade, that they were “still hungry” and in play for top free agent center fielder George Springer, a case can be made to say that DJ LeMahieu is a much better fit at this point than the former Houston Astro.

Danny Abriano of SNY talks about the subject at lenght, and it makes sense. As of right now, the Mets have a hole at third base (or second, depending on where they play Jeff McNeil) after trading both Amed Rosario and Andres Gimenez to Cleveland. JD Davis can play third but is very bad there (-8 DRS in 2020.)

Ideally, the New York Mets could pursue LeMahieu, who is expected to command around $100 million or $110 million, and a cheaper center fielder if they want to replace Brandon Nimmo’s suspect glove there.

The Mets have several options

For instance, the Mets could sign Jackie Bradley Jr., who shouldn’t require more than a two or three-year commitment worth around $10 million per season, and LeMahieu, instead of spending the +$150 million that Springer will likely require.

Bradley Jr. can really solidify the team defense in center, and LeMahieu is not a Gold Glover but is very competent at both second and third.

Make no mistake: Springer is a great player, and Bradley is miles away from him as an offensive performer. But he is younger, significantly cheaper, and better with the glove, so he should be an option for the Mets, too. In fact, he is being considered.

In any case, the Mets appear far from done in the free agent market, as they are fully expected to add at least another outfielder capable of playing center and perhaps a bullpen arm.

Steve Cohen, the new owner, is decided to make a splash in his first season in charge of the team.