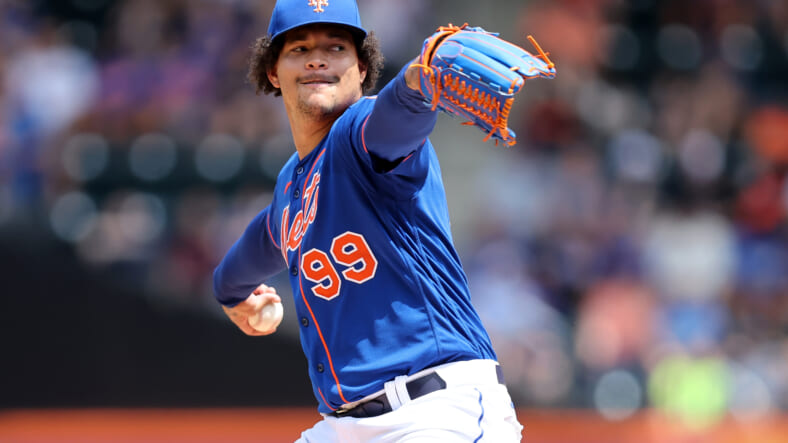 The New York Mets did a tremendous job finishing off their series with the Cincinnati Reds Wednesday afternoon. The Mets completed the series at home with a sweep. It was a dominant performance from the Mets that resulted in a 10-2 win. This win puts the Mets at 73-39, on a six-game winning streak, and 15-2 over their last 17 games.

Following a rough outing Friday night, Taijuan Walker pitched a solid game for himself. He went six innings and threw 91 pitches. He allowed five hits and three walks. It led to two earned runs over his six innings pitched.

Walker recorded five strikeouts. He worked his way out of jams and got outs when needed. Overall, it was the bounce-back start Walker needed. Walker got the win and is now 10-3 with a 3.43 ERA on the year. His 10 wins have him tied for 12th in baseball.

After Walker, Seth Lugo, Trevor Williams, and Adonis Medina all pitched one inning. One hit was allowed by Lugo and a walk from Williams. A total of 30 pitches were thrown between the three, making it a good day for the Mets bullpen.

It was a great day for the Mets batting order. Pete Alonso had a nice three-hit ball game. He now has a .282 average. In this one, Alonso also drove in a run, giving him 96 RBIs on the year. He remains in second with that amount comfortably.

Two-hit games were had by Francisco Lindor, Daniel Vogelbach, Tyler Naquin, and Luis Guillorme. Vogelbach drove in three runs for the Mets on the day. Lindor had two runs batted in, putting him at 81 on the year. It ranks him fifth in the league.

After making Mets history last night as the first shortstop with multiple 20 home runs seasons, Lindor tied another Mets record today, one he will soon break. His 81 RBIs tie Jose Reyes for the most from a Mets shortstop in a season.

Lindor also scored three runs in this lopsided Mets victory. He is currently batting .270. Lindor has been swinging the bat exceptionally well lately and is leading the Mets to success.

Naquin drove in one on his solo home run for the Mets in the afternoon matchup and scored a second run. The final two RBIs came from Jeff McNeil. McNeil had a hit and raised his average to .307.