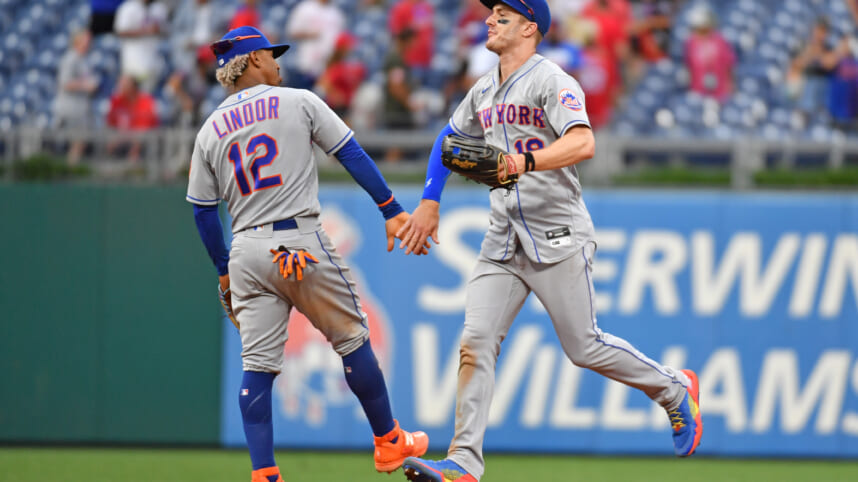 The 2022 New York Mets are something special. It is a team that has no quit in them to speak of.

Near the end of a week-long road trip with two tough division series with the Atlanta Braves and Philadelphia Phillies. The Mets played eight games in the last seven days. Their last three starting pitchers all had to fill in as a result of injury.

This afternoon in Philadelphia, there was a long rain delay. Despite being down 4-0, then 7-4, and 8-7 in the ninth, the Mets somehow found a way to beat the Phillies 10-9 Sunday.

The come-from-behind thriller puts the Mets at 79-44 with a four-game lead on the Braves in the division. This week, in the eight-division road games, four with the Braves and then the Phillies, the Mets did a good job for themselves, finishing with a 4-4 record.

To take the series from the Phillies today was huge for the Mets.

In his MLB debut, Jose Butto faced adversity from the jump. He gave up seven runs on nine hits in four innings.

Nate Fisher came in for relief of Butto. He, too, happened to make his MLB debut and did a terrific job helping the Mets get this pivotal road win. Fisher has quite the backstory. He joined the MLB as an undrafted free agent. After being released by the Seattle Mariners, Fisher worked as a commercial credit analyst for a year at the First National Bank of Omaha.

In his pro debut, Fisher threw 50 pitches over three scoreless innings of ball. The left-hander allowed just one hit. Fisher did a remarkable job coming in for the Mets.

The Mets got three-hit games from Mark Canha, Jeff McNeil, and Starling Marte.

Canha hit two home runs in his last two at-bats. His first one tied up the game at seven. Down 8-7 in the ninth with McNeil on second, Canha hit a clutch two-run homer to take the lead.

Canha drove in five of the Mets’ 10 runs, all in the final three innings. After losing some playing time, Canha has been great as of late. He now has his batting average up to .275.

McNeil continues to propel the Mets. Since the Mets started this key road trip with the Braves and Phillies Monday, McNeil recorded a whopping total of 16 hits. An average of two per game. His average is currently .321, fourth in baseball. McNeil has been incredible for the Mets as of late.

Marte got on base four times in six at-bats. He had one RBI and scored one as well. Marte now has a .296 batting average and 55 RBIs.

Francisco Lindor provided the Mets with a multi-hit game himself. He got two hits and currently has a .274 average.

Lastly, the solo home run hit by Brandon Nimmo in the ninth gave the Mets the needed insurance run that ultimately made the difference. The hit for Nimmo was needed with his recent slump.

For the Mets to go .500, this challenging week on the road is a big step. Now, the Mets gear up for part two of the Subway Series with the New York Yankees in the Bronx. The Mets will have their top two pitchers go in, Max Scherzer and Jacob deGrom, as they look to keep winning.