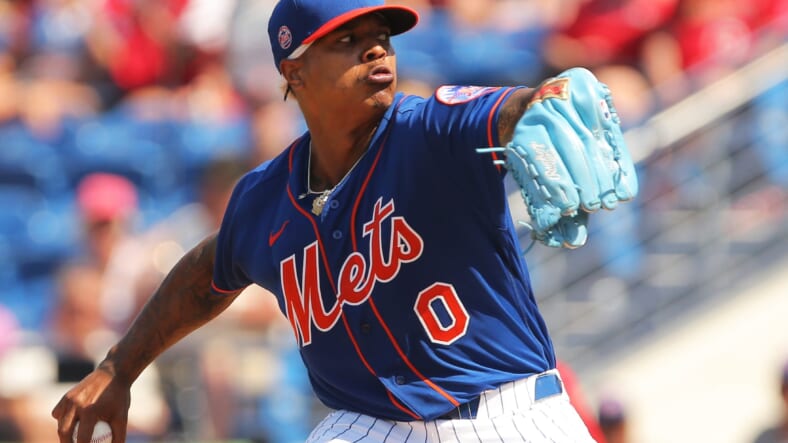 The New York Mets have had a busy couple of days as they try to revitalize their roster after a disappointing 2020. As expected, Dellin Betances and Brad Brach, both underachieving relievers, exercised their offers for the 2021 season. The Mets also gave the $18.9 million qualifying offer to Marcus Stroman.

Betances is coming off another injury-plagued season where he gave up 10 runs in 11.2 innings pitched. He also never found his velocity as his 93.6 mph average fastball was the lowest of his career. Combine those numbers with the 12 walks he allowed, and it equaled a pitcher who could not be used.

The upside about giving Betances an option year was the ability to bring him back if he struggled. There is no market for Betances to make $6 million if guys like Brad Hand were being released for making $10 million. Betances will get a fully healthy offseason and spring training to return to his All-Star form. This could be an investment that works out for both parties.

Brach was another pitcher who had to deal with time on the injured list. He started the season on the sidelines after testing positive for COVID-19, and like Betances, he struggled to limit the walks. Brach had a 5.84 ERA and walked 14 in 12.1 innings pitched.

In 2019, Brach was a low-risk addition to their bullpen, and it paid off for the Mets. As another veteran who did not adjust well to the shortened season, the Mets should be confident in his ability to return to a useful reliever. Brach is certainly a good option to deepen the bullpen after bringing in a couple of quality arms.

Stroman’s return to the Mets likely will not happen off the qualifying offer. After Trevor Bauer, Marcus Stroman is the best option on the starting pitcher free-agent market. $18.9 million is slightly lower than the per year value Stroman is aiming for, but if he was getting six years with that amount, I think he would accept that deal. The big question mark is how much of a risk teams want to take on him after spending a season injured and then opting not to play due to “safety concerns.”

If Stroman accepts the qualifying offer, he is banking on his 2021 to parlay it into a lucrative deal. It is doubtful that he accepts with teams like the Los Angeles Angels are desperately looking for good starting pitching. Do not count the Mets out of the Stroman sweepstakes if he declines the QO. The Mets need the starting pitching as well, and Stroman is perfectly suited to pitch in New York. Slotting him in the rotation with Jacob deGrom and Noah Syndergaard gives the Mets a formidable top-3.