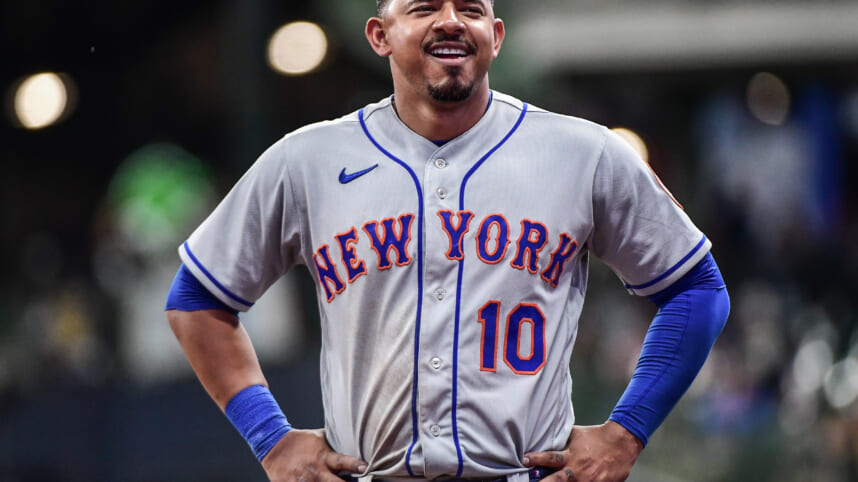 In the New York Mets 13-4 rout in Oakland yesterday afternoon that consisted of 19 hits, one of the Mets’ best bats as of late, Eduardo Escobar, had three hits and two RBIs.

Throughout the 2022 season, Escobar, the Mets third baseman signed this offseason, has seen his average drop as low as .214 in late August.

With Escobar’s struggles, Luis Guillorme had been taking some playing time at third base. The Mets also called up top prospect Brett Baty in August.

However, come August, all three players ended up on the injured list. The job went back to Escobar, and he ran with it.

Since returning from injury in late August, Escobar has been on a tear for the Mets lineup.

Escobar has 31 hits for the Mets since August 30th in 25 games played. His batting average since September 1st in .329. Per FanGraphs, over the last 30 days, Escobar’s .323 average has him tied for 16th in baseball.

In the month of September (23 games), Escobar has seven home runs and 19 runs batted in. Both of those totals place him in the top 20 of Major League Baseball. His OPS is a tremendous 1.018.

Escobar hit a grand slam in game one in the last series with the Athletics. As stated earlier, he gave the Mets three hits and two RBIs yesterday. For the series, he drove in six runs and had four hits.

Since August 30th, Escobar has nine multi-hit games. He has a four-hit game along with two three-hit days. To boot, he has five multi-RBI games over the stretch.

Escobar’s numbers since September 1st of .329, seven homers, 19 runs batted in, and 1.018 OPS shatter his prior bests for a month. His previous highs were .253 batting in April, six home runs in July, 14 RBIs in June, and an .804 OPS in April. This month, he still has three games to build on his immense success.

Now, on the year, Escobar has a stat line of .238 batting, 19 home runs, 63 runs batted in, and a .719 OPS. Escobar should get to 20 home runs with eight games left to play and could approach 70 RBIs. In total, Escobar was a pretty solid year, considering how it started. With the Mets having a 1.5-game lead on the Braves and an expected postseason run approaching, the Mets will need continued success from Escobar.