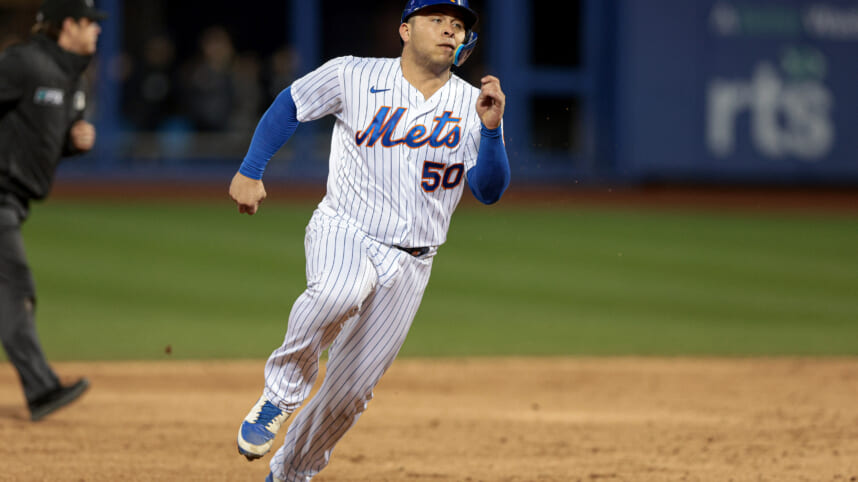 Late last night, it was shared by the New York Mets that their top prospect, catcher Francisco Alvarez had surgery on his right ankle. The Mets also reported that Alvarez will be ready for spring training.

After the conclusion of the year for the Mets, Alvarez had imaging done on his right ankle. It led to a surgery that took place early yesterday, per the Mets.

The surgery reportedly addressed cartilage damage that came from a preexisting loose body he had.

The ankle injury did cause some missed time for Alvarez late in the year throughout August and September.

Mets beat reporter for the New York Post, Mike Puma, stated that this will keep him sidelined from baseball activity for roughly six weeks. He is projected to be fully ready for the start of spring training.

Good news the New York Mets should have Francisco Alvarez for the start of spring training:

Alvarez is not only the Mets’ top prospect but the best prospect across the league on MLB.com. The Mets will certainly be counting on Alvarez, along with two of their other top young prospects come 2023 in Brett Baty and Mark Vientos, all three of which were called up late in the year.

With Alvarez specifically, the Mets need a catcher and one who can especially hit. Alvarez offers a ton of size at 233 pounds. He will provide the Mets lineup with needed power. In 2021, Alvarez hit 24 home runs in the minor league. Then, in 2022, he surpassed that total with 27.

The 20-year-old prospect turns 21 next month and gives Mets fans a lot to be excited about for the start of next year. Alvarez can hit for power and has a strong arm. The key will be continued refinement behind the plate.

For the Mets to continue their success next year, Alvarez is a key bat that must develop.