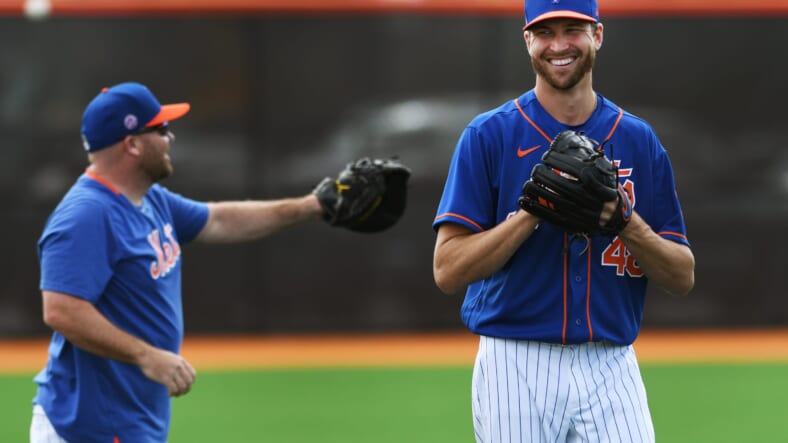 MLB offseason buzz and speculation are in full swing. For the New York Mets, their most polarizing free agent, starting pitcher, Jacob deGrom, has been an obvious talking point in projections by analysts and fans alike all offseason.

Recently, Jim Bowden, MLB Insider for CBS Sports and writer for The Athletic, shared his predictions on what could happen this free agency. Within it, he wrote that deGrom will sign a two-year, $90 million deal that includes an opt-out after year one with the Atlanta Braves, the Mets division rival. Seeing the Braves as the projected destination for deGrom comes as no surprise. On the other hand, the contract is certainly a bit of a shocking one.

Most anticipate that deGrom will get at least three and potentially even four years on his huge contract. Why this particular deal is so short is because of the astronomical average annual salary of $45 million a year, which he could land.

Should deGrom only get two years from his highest bidder, it will be fascinating to see if the Mets are willing to go that far with a price tag of roughly $45 per year. Of course, most reports have indicated that the Mets will stay away from this price range, but that has also been the case with projected three and four-year deals. Especially this one consisting of an opt-out after 2023.

For some time, it has predominately been the Braves and the Texas Rangers as the two reported teams set to give the Mets prime competition for their long-tenured ace, deGrom.

Knowing that the Mets paid $43 million per year when they signed Max Scherzer a year ago, who is four years older than deGrom, it is safe to expect similar type of money being thrown around here.

The question has been the duration of the deal and how far the Mets could potentially be willing to go. With his career 2.52 ERA and 3.08 in 2022, locking in deGrom at top-dollar but for only two years is an intriguing route that the Mets could and should look to go.