Mets’ Sale to Billionaire Steven A. Cohen on “Life Support” 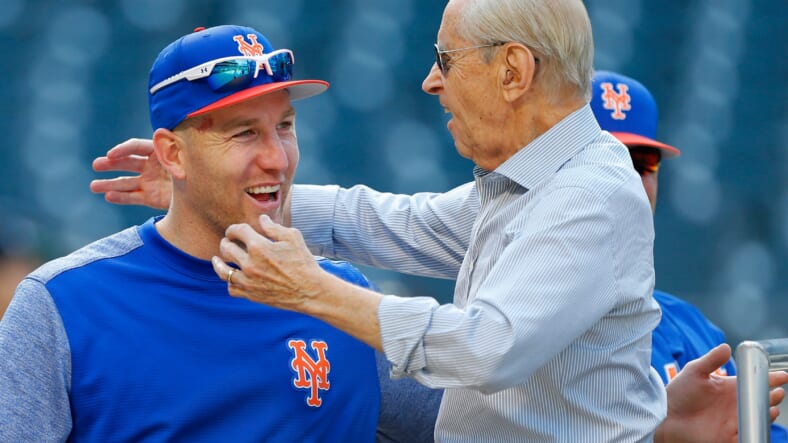 New York Mets fans who thought they were finally rid of the Wilpons as owners could have their balloons busted as the proposed sale to hedge fund billionaire Steven A. Cohen has hit a snag.

The deal, which is designed to have the current ownership group led by Fred Wilpon, his son, Jeff and brother-in-law Saul Katz relinquish control of the team over several years to Cohen in exchange for $2.6 billion.

That deal is now said to be on ‘life support’ according to sources.

Sources close to the situation are confirming that the billionaire hedge fund manager is ending negotiations with the Wilpons on his purchase of an 80 percent stake in the franchise. According to those sources, Cohen is deeply unhappy with the Wilpons changing the terms of the deal at a very late stage and has decided to walk away.

When rumors broke that the Cohen deal was dead on Tuesday, the Mets offered a strangely worded non-denial.

â€œThe parties are subject to confidentiality obligations, including a mutual non-disclosure agreement, and therefore cannot comment,â€ a statement read.

Sources close to Cohen tell The Post that the 63-year-old, $13 billion man is taking the NDA more seriously than the Wilpons and is holding his tongue for the time being.

The deal was a strange one to begin with and many had doubts why the sale could not happen sooner. Cohen appears to have gotten cold feet over the Wilpons nonsense of dragging things out. One reason why they wanted to keep control of the team for a few additional seasons is because the Mets are expecting to contend in the National League and they don’t want to miss it.

Cohen didn’t become a billionaire however by getting dicked around. He appears to be walking away rather than being cuckolded by the current ownership group.

Good for him. Bad for the Met fans.