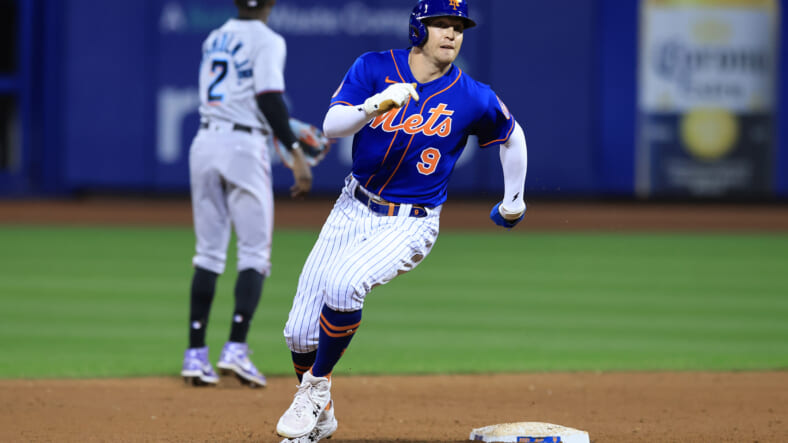 Some of the latest free agency buzz surrounding the New York Mets is their reported interest in recent seven-year Met, Michael Conforto.

Of course, this comes roughly a year-and-a-half after Conforto’s agent, Scott Boras, advised him to turn down a mega $100 million dollar-plus contract extension with the Mets.

This report first came from Will Sammon, who covers the Mets for The Athletic. Sammon stated that the recent former Met is “one of many” outfielders that the Mets “are considering” should they not retain Brandon Nimmo.

Mets retain Daniel Vogelbach, here’s what to expect from him in 2023

Could the Mets turn their attention to superstar pitcher Justin Verlander?

Why Michael Conforto makes sense for the Mets:

Conforto is a logical Plan B for the Mets for a multitude of reasons. Aside from Nimmo and Aaron Judge, the group of free-agent outfielders is underwhelming.

Also, knowing the Mets’ have positional flexibility at their disposal with Starling Marte, which the Mets have publicly discussed, between center and right field, it allows the Mets to simply pursue whoever they deem the top option if they were to lose Nimmo.

Conforto is still only 29 years old with 757 games of MLB experience. He would add a talented bat to the lineup, one that needs help. He has a career batting average of .255. Conforto hit over .255 in four of his seven years with the Mets.

He would provide needed power to the Mets’ batting order as well. Conforto had seasons of 33, 28, and 27 home runs for the Mets. He also had seasons with 82 and 92 RBIs. Lastly, from a statistical standpoint, Conforto had remarkable years in terms of his OPS, his best was .939, and his second-best was .927.

Conforto would replace Nimmo as a left-handed hitter at the plate from the outfield. He would also complement the two right-handed bats the Mets have in the outfield with Marte and Mark Canha.

Re-signing Nimmo should be the Mets’ top focus this offseason in the outfield. If they do ultimately lose him, bringing back, Conforto makes sense. He has familiarity with the team, a talented bat with recent success on his resume. Having Marte’s versatility to their advantage, if the Mets sign Conforto, Marte could move to center.