Mets reportedly have interest in J.D. Martinez if he becomes available 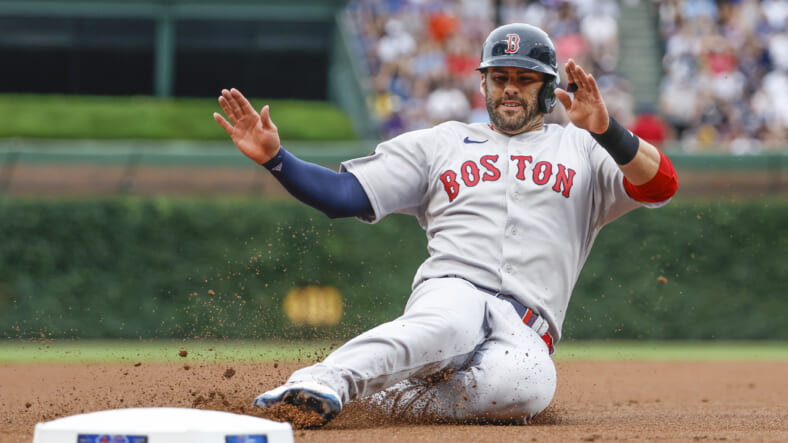 The 2022 MLB trade deadline is one week from today. The New York Mets need some bats to bolster their lineup and bullpen arms to make the best possible run at winning a World Series. Some recent reports indicate that the Mets will show interest in J.D. Martinez of the Boston Red Sox if he becomes available.

Martinez’s boost to the Mets’ order

The Mets could greatly use a .300 hitter right in the middle of the batting order. Prior to Sunday night’s game, the Mets bats had been struggling. Adding Martinez’s bat would be huge to potentially put this team over the top.

Initially, the first report of the Mets having an interest in Martinez if he were to come available was from Pat Ragazzo, Mets Beat Writer for Sports Illustrated. The reports were later followed up by Ken Rosenthal, Senior Writer for The Athletic, and Andy Martino of SNY.

. @martinonyc and @Ken_Rosenthal now also reporting Mets will have interest in J.D. Martinez if he becomes available

Lastly, Jeff Passan of ESPN recently wrote that the Red Sox’s chances of being sellers at the deadline are becoming “increasingly realistic,” per a source. The Red Sox are now 49-48 on the year and are 2-8 over their last 10. They have fallen 3.5 games behind the Tampa Bay Rays and 4.5 games behind the Toronto Blue Jays in the AL East. Passan finished by stating that Martinez would make “all sorts of sense” for the Mets.