Mets Offense Barely Shows Up For 2-1 Loss to Phillies 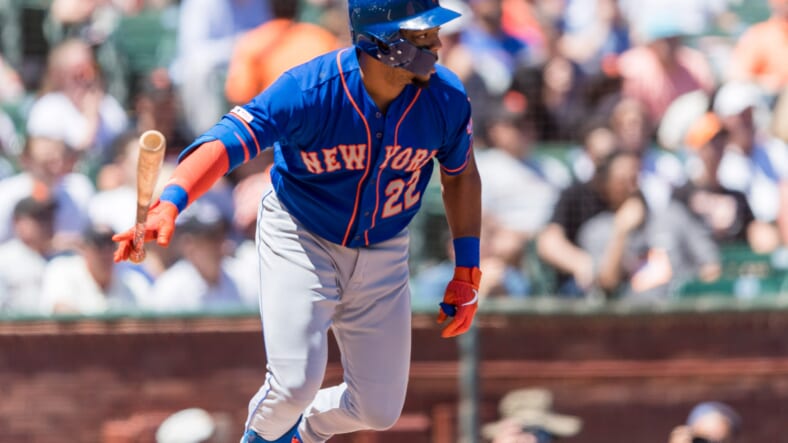 The New York Mets offense continues to fail hilariously, and the Philadelphia Phillies added insult to injury. In the bottom of the eighth, the Mets had their best chance to take the lead against the wild Jose Alvarado. Dominic Smith wasted a 3-0 count with runners on second and third and struck out to leave to tying and lead runs on base.

The fired-up Alvarado made a gesture toward Smith to shut his mouth after Smith was vocal about his lack of control earlier this season. It looked like Alvarado was welcoming a fight as well, and Smith wanted all the smoke. Much like fights in the NBA, the guy who starts it ended up backing away once there was any action. Also, much like MLB fights, nothing came of the bench clearings.

An unfortunate stat from the loss is that the Mets had more bench clearings than runs scored. Another ugly number is their 1-for-14 with runners in scoring position with nine men left on base. Smith was responsible for the lone run with his RBI single but other than that; this was another dreadful game. The Phillies did nothing to earn their runs either as a passed ball in the second inning allowed their only two runs to score.

Marcus Stroman‘s outing is lost in all of the late-inning chaos. He only needed 64 pitched to make it through five innings but was removed due to a left hamstring issue. Stroman had eight strikeouts, which was his season-high, but fell victim as another tough-luck loser to the Mets offense.

If this rock bottom loss to end the month does not light a fire under the Mets, nothing will. They handed the Phillies their runs, wasted 14 opportunities to score, and were actively challenged to a fight. Hopefully, they can turn the calendar to May and flush the crazy month of April away. Saturday’s matchup will be a true test of the type of character this team is made of.

Taijuan Walker was on the front lines when the bench cleared and will start against former Met Zack Wheeler. The game will start an hour earlier at 6:05 p.m. ET and be ready for plenty of fireworks as the series continues.