Mets make it official: Carlos Carrasco will be with the team for 2023 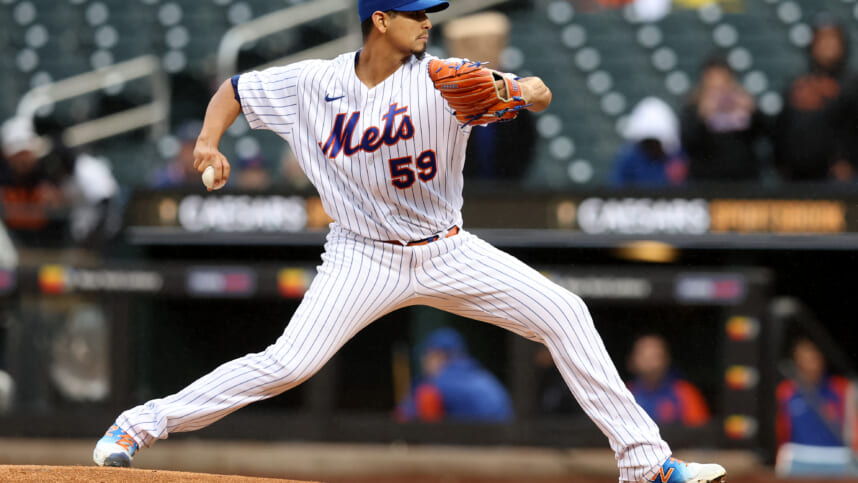 The New York Mets had a fairly big decision to make by today with regard to the team option they had on pitcher, Carlos Carrasco. The Mets opted to exercise the club option, making Carrasco a Met for 2023. The option is worth $14 million.

This follows up with what had been reported on as of late. With most of the starting rotation eligible for free agency, the Mets had to make sure they kept some stability in place with a veteran like Carrasco.

Should the Mets use their top prospect as trade bait?

What to expect from Mets SP Carlos Carrasco in 2023:

Carrasco is coming off of a great 15-win season in 29 starts made. He recorded 152 strikeouts in 152 innings pitched. Carrasco does turn 36 right around the start of next season, however.

He will likely be a middle option for this rotation as the fourth or potentially third starter if perhaps free agency goes worse than planned.

Now, with this Carrasco decision official, the Mets are locked in with two starters between him and Max Scherzer. They also have David Peterson and Tylor Megill, one of whom could take on an increased role as the consistent fifth starter in this rotation next year.

The focus obviously now turns to Jacob deGrom to keep the top of this rotation dominant. From there, Chris Bassitt is a free agent the Mets would probably love to retain as their third option. Taijuan Walker is a solid middle-of-the-rotation starter they just chose not to extend a qualifying offer to. Also, Trevor Williams is set to hit the market.

With all of these unknown variables in play, the Mets had to retain Carrasco. He should absolutely be able to give the Mets one more quality season. The attention for the Mets is now all on the future of deGrom.